One of the objectives of Vilsandi National Park is the protection and introduction of the cultural heritage of the islands of West Estonia. The cultural landscapes, materialistic and spiritual heritage characteristic to the national park, traditional human activity connected to the environment and its expression in immovable heritage and traditional culture, all cultural manifestations connected to the area of the national park – immovable objects (buildings, bridges, ditches, roads, burial places, stone fences, trees, utilised areas), historical land use, working practices, handicrafts, language, folklore, place names and site heritage, as well as the century-long scientific research and protection of the nature in Vilsandi are parts of the cultural heritage of the national park.

Cultural heritage has at one point encompassed the whole territory of the national park, from semi-natural biotic communities created by historical land use, meadow and pasture lands to village landscapes present today. Although land use has changed significantly in the last decades, it is still possible to see past settlement patterns on the landscape. 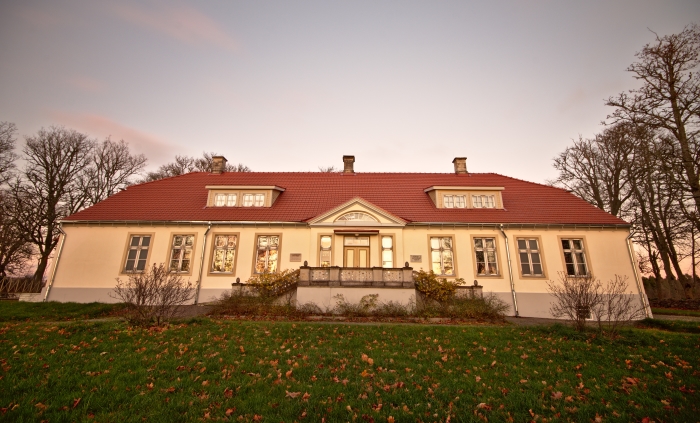 The oldest signs of settlement around the national park and the surrounding areas are the sealer and fishermen settlements from the Stone Age in Loona, Undva and Pajumõisa, burial places from the Bronze Age in Loona, Kurevere and Lümanda. Ancient boulder heaps in Kurevere and Loona are an indication of the oldest agriculture. When the oldest archeological finds refer to habitants from the Baltics, then later on, the findings and place and family names refer to Scandinavian heritage. Vilsandi National Park belonged fully to the Kihelkonna Parish. Farmlands were quite big (60–70 ha), but the amount collected from the harvest was enough only for the family because the cropland was not very productive. Small lands owned by cottagers where the head of the farm worked on ships, built ships or took part on construction sites farther away and the rest of the family tended to the small farm emerged in the 19th century. The essential livelihood came from fishing.

Cultural landscape of the national park has changed significantly in the recent century. The open landscape with windmills, lighthouses, harbour and landing places, stone fences and native villages has become wooded, many meadow and pasture lands (locally known as meadows) are out of use or overgrown with junipers, windmills, lighthouses and military structures have lost their original purpose and are only still standing due to their owners taking care of them. Two of the three manor complexes in the area, Atla and Kuusnõmme, have perished. The main building of Loona Manor with storehouses, barns, carriage and park houses has been restored and is used as the administrative building of the national park. Within the national park, there is the location of the first mud baths in Estonia, established in 1824 by Baron of the Rootsiküla Village, and the location of the summer manor of Pajumõis in the Oju Village. 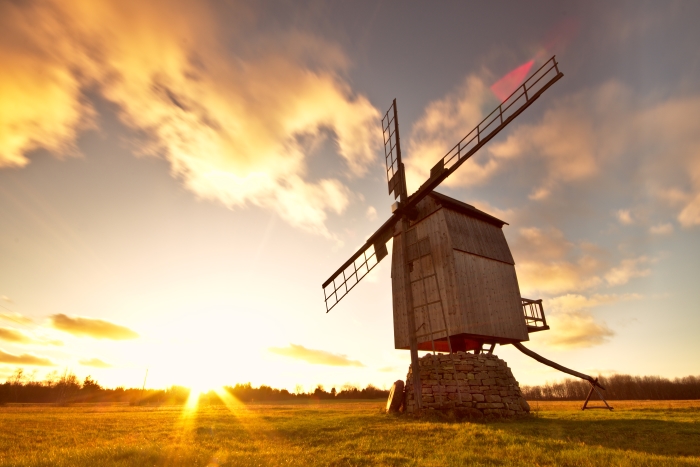 Many beautiful farm complexes and individual buildings have survived in Vilsandi National Park. Housebarn is one of the oldest residential buildings from which only a few have survived until now. Farmyards had storehouses (locally known as buildings) for storing clothes, meat, fish and grains, cow barns, sheep and pig stalls, and a smoke sauna-summer kitchen, where easier blacksmith jobs were done, was built under the same roof. Local specificities also include houses for wheels (in the local dialect wheels meant carriages) and rooms with a smoker for keeping winter potatoes during the colder months. Farmyards were often separated with a stone fence into clean yards, vegetable gardens and areas for animals.

The largest ports have been in Papissaare, Atlas and Kiirassaare. Papissaare port became an important ship-building centre in late 19th century, but, before World War I, a base for sea planes was built there, to this day some of the hangars have partly survived. A 3.1 km long cobblestone road, that is a heritage conservation site, runs from Kihelkonna to Papissaare port. Jaagarahu was the most important passenger and commercial port before World War II that was also used to export limestone as a raw material for the chemical industry. The communal landing places in the villages are a unique legacy. One of the best preserved landing places is Pikanina and a net garden separated by a stone fence in the village of Kuusnõmme where about 20 courses of stone have survived from landing places on the waterline at the beach. Slightly farther away, there were net sheds to store fishing gear and net gardens (locally known as vabu) to clear nets. Net and boat spots were owned even by fishermen from regions farther away. They were offered lodging in coastal farms during the fishing season. Fish was sold or exchanged for other provisions. Everybody went to the beach looking for treasures brought to shore by storms (aakrik in the local language). The seaweed – mud – carried to shore by waves was used as a fertiliser. 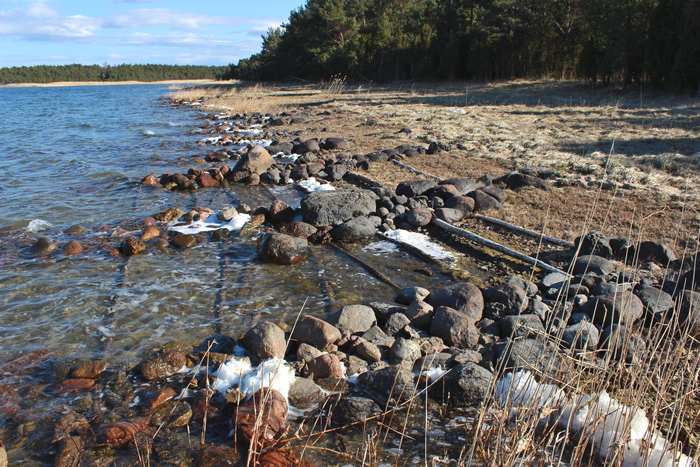 The conservation of the spiritual heritage is above all dependant on the local people who have grown up with the skills and knowledge or people who have moved here, but have had interest in gaining knowledge and the necessary skillset. Due to the work practices that have changed with the mechanisation of agriculture, ship building that disappeared after World War II can be considered as a declining skill. Tar making, lime burning and the making of local dishes such as pan-baked bread, little balls made of barley flour, home-brewed beer are ancient skills that have survived alongside handicraft, smoking fish in a smoker is slowly being rediscovered. Many ghost stories that can be compared to Swedish folk tales about trolls are present in the oral heritage of the national park. To the present day, some members of a few families are able to speak local dialects.

In the national park, cultural heritage is protected in contemporary plans by taking into consideration the records of settlement patterns, land use and building blueprints, by teaching work practices that allow the survival of building heritage as close to the original as possible, the revival of past skills, and promotion of heritage values. In the past years, training of local people in cultural heritage has been funded by the projects of the Environmental Investment Centre.