Kuusnõmme Peninsula that has a north-western direction is widely covered with pine forest. Part of it is an old natural forest, but planted pine forests can also be found. There are shallow lakes on the peninsula that are called silmad (eyes) by the local people. There are rarities, such as the alpine butterwort (Pinguicula alpina), Saaremaa yellow rattle (Rhinanthus osiliensis) and pale St. John’s-wort (Hypericum montanum) growing on the peninsula. From the protected orchid species the narrow-leaved helleborine (Cephalanthera longifolia), fly orchid (Ophrys insectifera) and lady’s-slipper orchid (Cypripedium calceolus) are found here. Dragon’s teeth (Tetragonolobus maritimus) and bird’s-eye primrose (Primula farinosa) bloom on coastal meadows. This quiet and uninhabited peninsula is a favourite spot for animals. The common European viper (Vipera berus) can be often seen on the peninsula and white-tailed eagles (Haliaeëtus albicilla) like to sit on old pines. 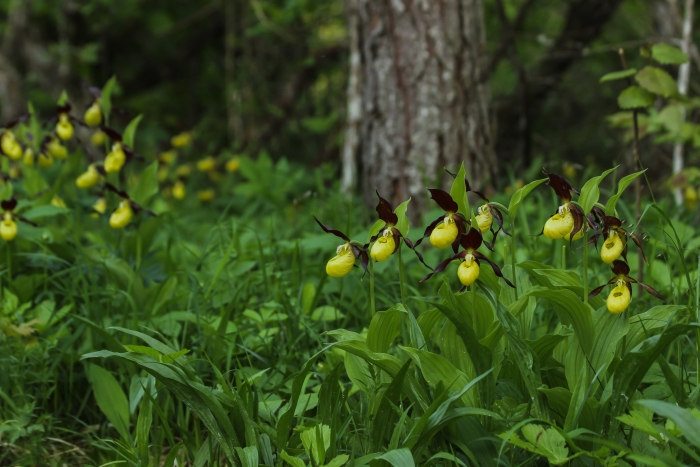 Kuusnõmme Manor was built in the 16th century. The manor changed owners often because the poor cropland did not give much profit. In 1922, the University of Tartu opened a biology station that was managed by Professor Johannes Piiper in the main building. The university established an experimental forest district on the peninsula to protect the test areas of foreign tree species of which the so-called American forest is the most known. Research and practical work lasted in the biology station of Kuusnõmme and the area of Vilsandi National Park for nearly 20 years. The main building of the manor was destroyed in a fire in 1984, today the foundation of the main building and the ruins of the nearby buildings can still be seen.