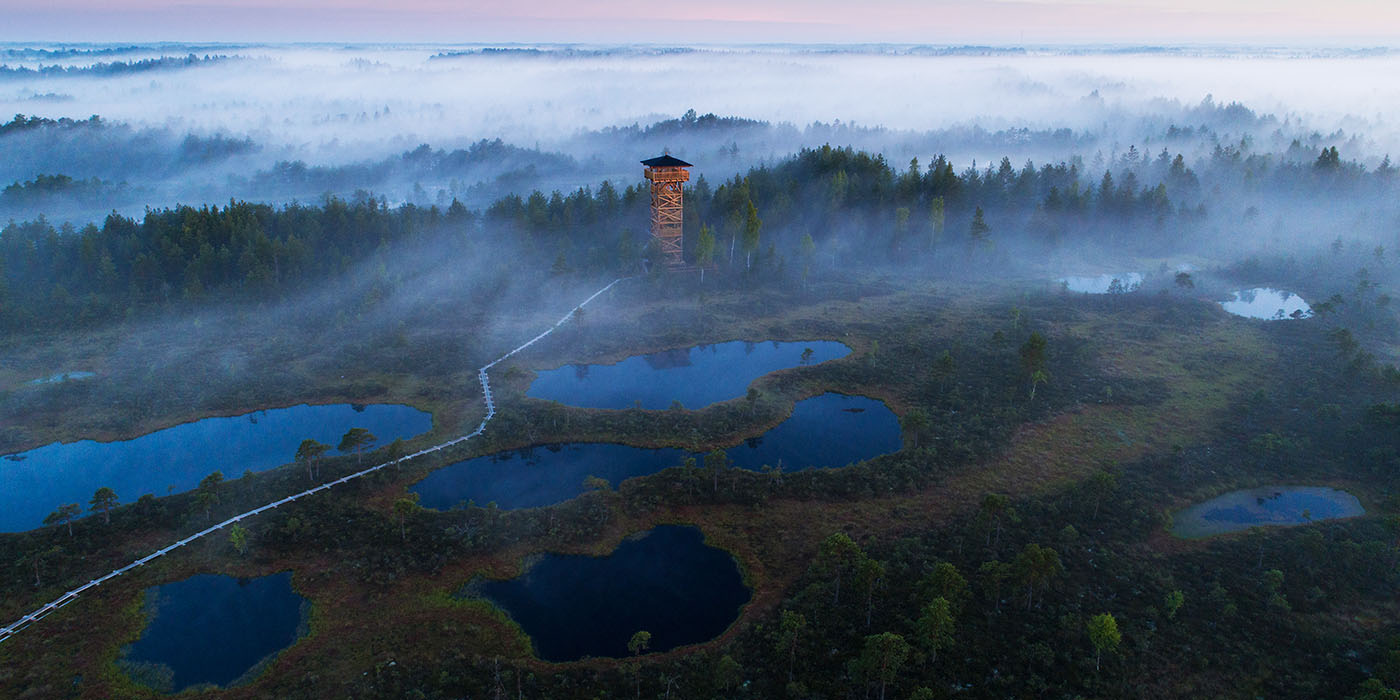 The Mukri Nature Reserve is located near the meeting point of Rapla, Järva and Pärnu County. In Rapla County, the protected area is located in Kehtna Municipality in the villages of Koogiste, Kõrbja, Mukri, Reonda and Saarepõllu, and in Pärnu County in Põhja-Pärnumaa Municipality in the village of Kobra. The total area of the nature reserve is 2166 hectares.
The main part of the Mukri Nature Reserve consists of the Mukri and Ellamaa bogs, which are surrounded by natural forests. These bogs were taken under protection in 1992 as the Mukre bog protection area. In 2001, the bog protection area was renamed as the landscape protection area and its protection procedure was enhanced. In January 2022, as the new rules of conservation entered into force, Mukri was made a nature reserve in order to ensure even better protection of habitats and protected species.
The Mukri bog is one of the oldest in Estonia. It formed due to the paludification of Lake Eidapere around 9000 to 10,000 years ago at the end of the pre-Boreal period. The first peat layers developed here around 9000 years ago and the area became a raised bog nearly 7800 years ago.
The protected area belongs to the Europe-wide protected areas network Natura 2000 as part of the Mukri special area of conservation. Thus, the nature of this area is also protected on the basis of the Habitats Directive of the European Union. The purpose of the Habitats Directive is to conserve and restore biodiversity through the protection of the habitat types of endangered species.