Harilaid is a peninsula with an elongated shape and an undulated shoreline in the northern part of the national park. A few centuries ago, Harilaid was still an island, but now it is connected with the Tagamõisa Peninsula. Most of Harilaid is covered with pine forest and a lake, named the Laialepa Bay that formed from an old gulf. As a result of the erosive-piling effect of the sea, the shoreline of Harilaid changes constantly, especially on the tip of the Kiipsaare cliff. Kiipsaare lighthouse was built in 1933 in the centre of the peninsula. Now, the lighthouse is farther away in the water. 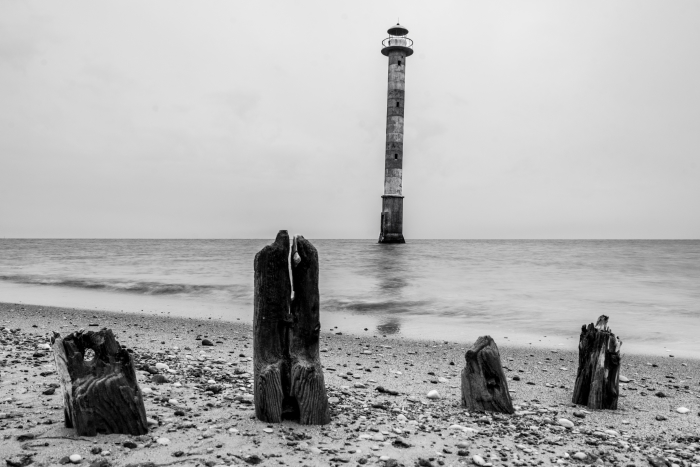 Diversity characterises the peninsula. The rarest from the plant species growing here are the sea holly (Eryngium maritimum), sand couch-grass (Elymus farctus) and marsh pennywort (Hydrocotyle vulgaris). One of the largest habitats of the lesser twayblade in Estonia is in the area of Harilaid. Different moss and lichen grow in abundance on dry heaths while the sea pea (Lathyrus maritimus), sand ryegrass (Leymus arenarius) and European beachgrass (Ammophila arenaria) grow on sandy coasts. 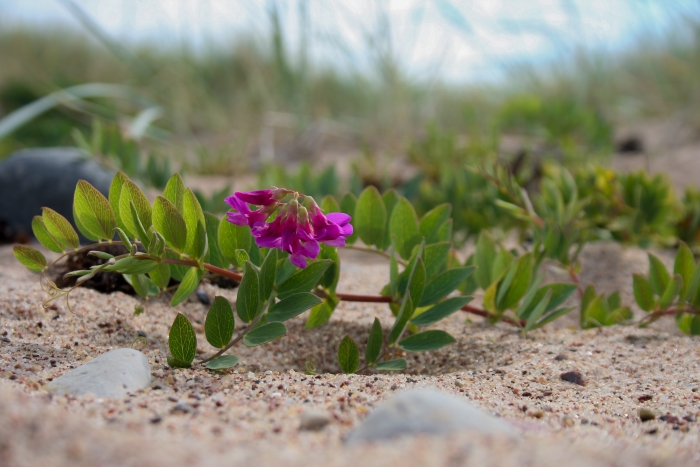 Harilaid is a stopover area for migrant birds. The area here is used as a winter hibernation spot by the globally endangered species Steller’s eider. Amphibians are represented with the natterjack toad (Bufo calamita) and the moor frog (Rana arvalis). Grey seals (Halichoerus grypus) lie gladly in Laevarahu Nature Reserve, located west of Harilaid. Their howling can be heard on the peninsula. 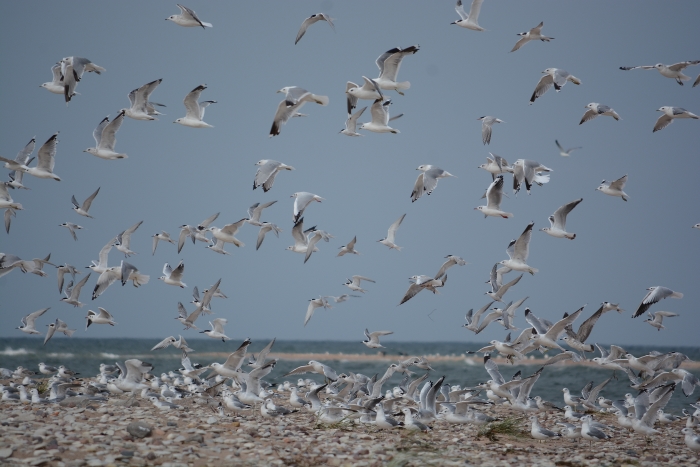 The tip of the Kiipsaare cliff is a nice resting and feeding spot for seagulls and terns. The open landscape of Harilaid.  Photo: Kadri Paomees

The habitat of the natterjack toad has been restored on Harilaid. Previously planted pine trees were removed from sandy plains in order to create a suitable open landscape for the toads to move on and bodies of water to breed in. Many other species connected to open sandy plains win from this undertaking. 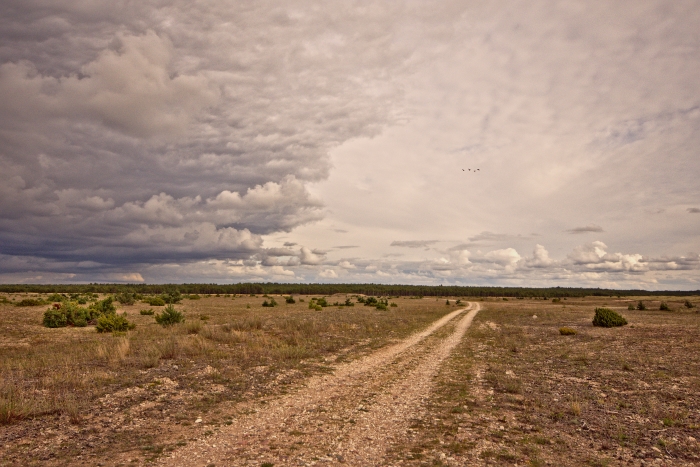