The terrain of the Soomaa National Park is relatively flat, but habitat to diverse lifeforms. Over 80% of the protected area is made up of wetlands.

Bogs
The bogs of the Soomaa National Park began to emerge about 13,000 years ago after the area was released from the continental shelf. As a result of melting ice, a large lake formed on the edge of the present-day Pärnu and Viljandi counties, leaving behind several water bodies in the lower basins that have over thousands of years developed into bogs with thick layer of peat. To date, the bogs have developed into marshes.

The main part of the National Park consists of five unique bogs: Kuresoo, Öördi, Kikepera, Valgerada and Riisa bog. Due to the accumulation of peat, their surface has risen by up to 6 meters higher than the surrounding mineral soil.

Bogs are the habitat of protected species as the golden eagle (Aquila chrysaetos). Additionally, you may encounter common crane (Grus grus), European golden plover (Pluvialis apricaria) and jack snipe (Lymnocryptes minimus) In autumn, the bog areas are a stopover for geese and cranes, migrating horned grebe (Podiceps auritus) and common kestrel (Falco tinnunculus). In bog ridges and ponds one can watch the mating display of Western capercaillie (Tetrao urogallus) and in the spring one hears the characteristic mating sounds of black grouse (Tetrao tetrix). 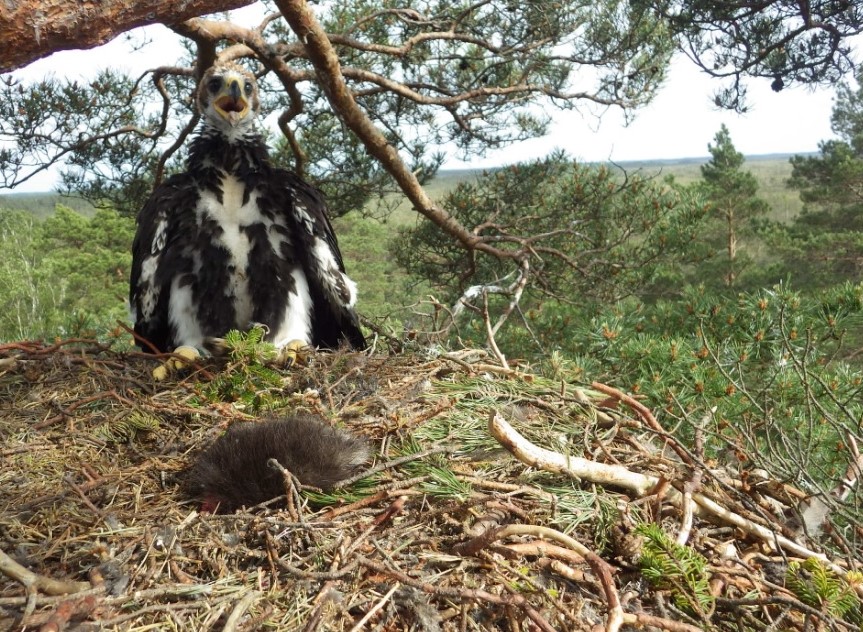 The biggest peatland in Soomaa is Kuresoo (11,000 ha). In the southern part of the bog is Estonia's highest and steep bog slope. Kikerpera bog (6,900 ha) that is located in a long and flat basin has developed as a result of the paludification of the lake and has many bog ponds, bog cavities and morass. Öördi bog (4910 ha) was created when a large deep-water lake paludified. Its peat layer is up to nine and a half meters thick. The only inland water body that has remained from this once huge lake is Öördi which covers about 4 hectares and is 3 to 4 metres. Covering 2,500 ha, Valgeraba is the oldest bog in Soomaa and has the thickest peat layer (11 m). The smallest bog is Riisa (830 ha), developed as a result of the paludification of mineral soil. 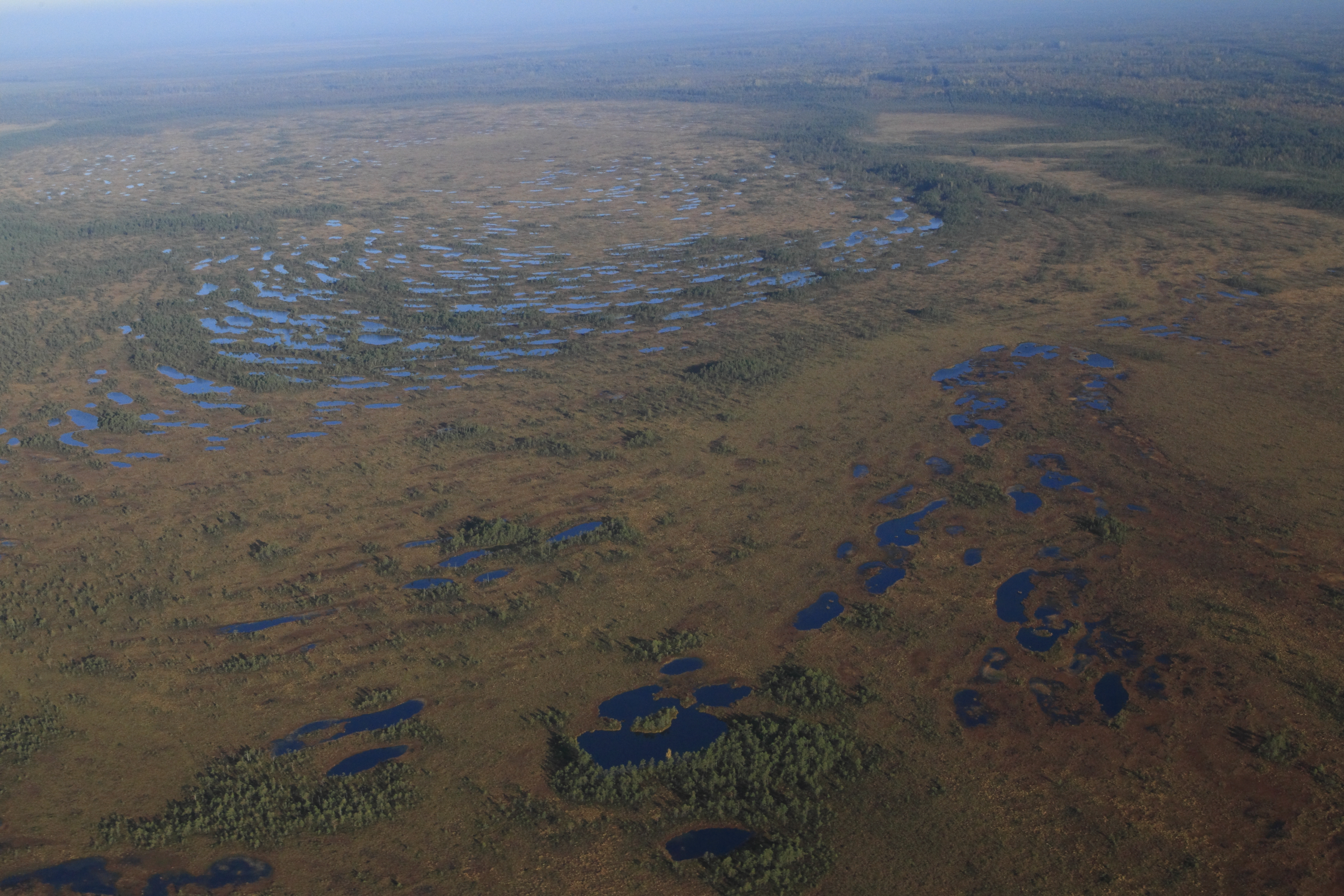 When the water from rainfall or melting snow flows downward from the Sakala Upland, the small rivers of Soomaa running mainly on plains will overflow and create huge floods. These floods have their own name in Soomaa - "the fifth season". The flood which may occur at any time of the year, but most often it takes place in the spring, can last from a few days to a few weeks. At maximum water height, ​​17,500 hectares in the lower reaches of the rivers can be flooded.

Of semi-aquatic mammals, the rivers feature beaver (Castor fiber), otter (Lutra Lutra) and mink (Mustela vison) 17 species of fish have been found in the rivers, of which the most common are pike (Esox lucius), common roach (Rutilus rutilus), common bleak (Alburnus alburnus) and perch (Perca fluviatilis). 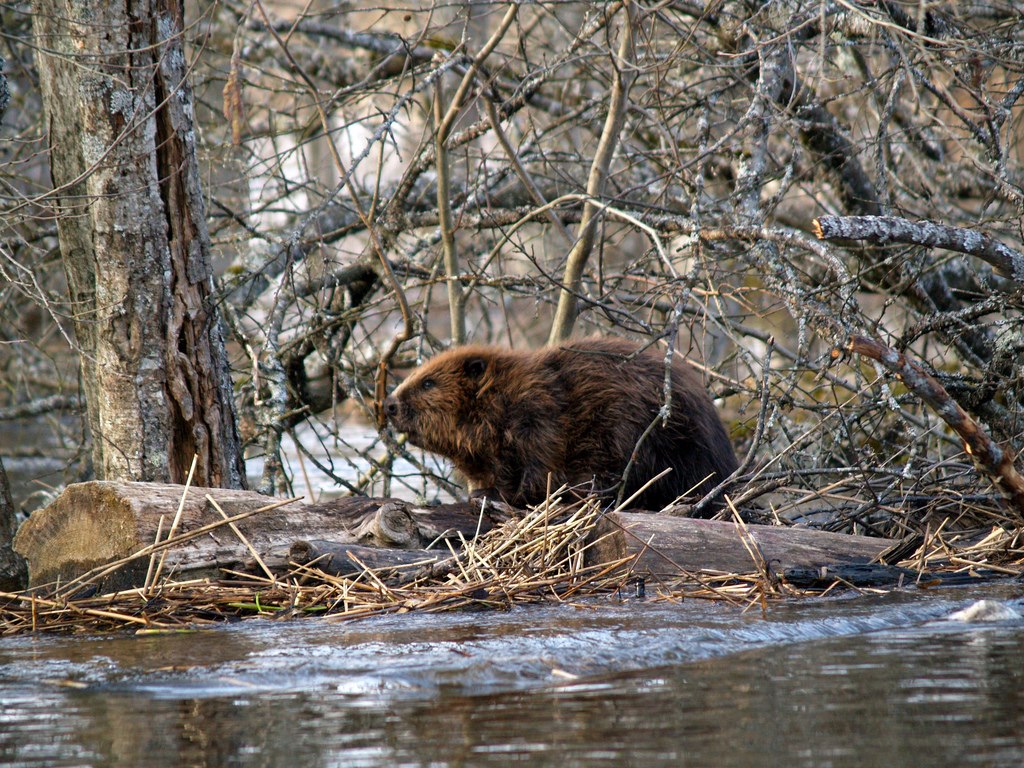 Floodplain grassland
The flooded areas of the rivers are covered by species-rich floodplain grasslands that have a total area of around 1,500 ha. They have traditionally been used for growing hay and for grazing. Today, hay is harvested on about 700 hectares.

The largest floodplains are Tipu, Läti and Tõramaa, Kuusekäära on the Raudna River and Mulgi hayland and Oksa floodplain on the shores of Lemmjõgi. In order to avoid turning floodplain grassland into scrubland, they must be regularly mowed or grazed. 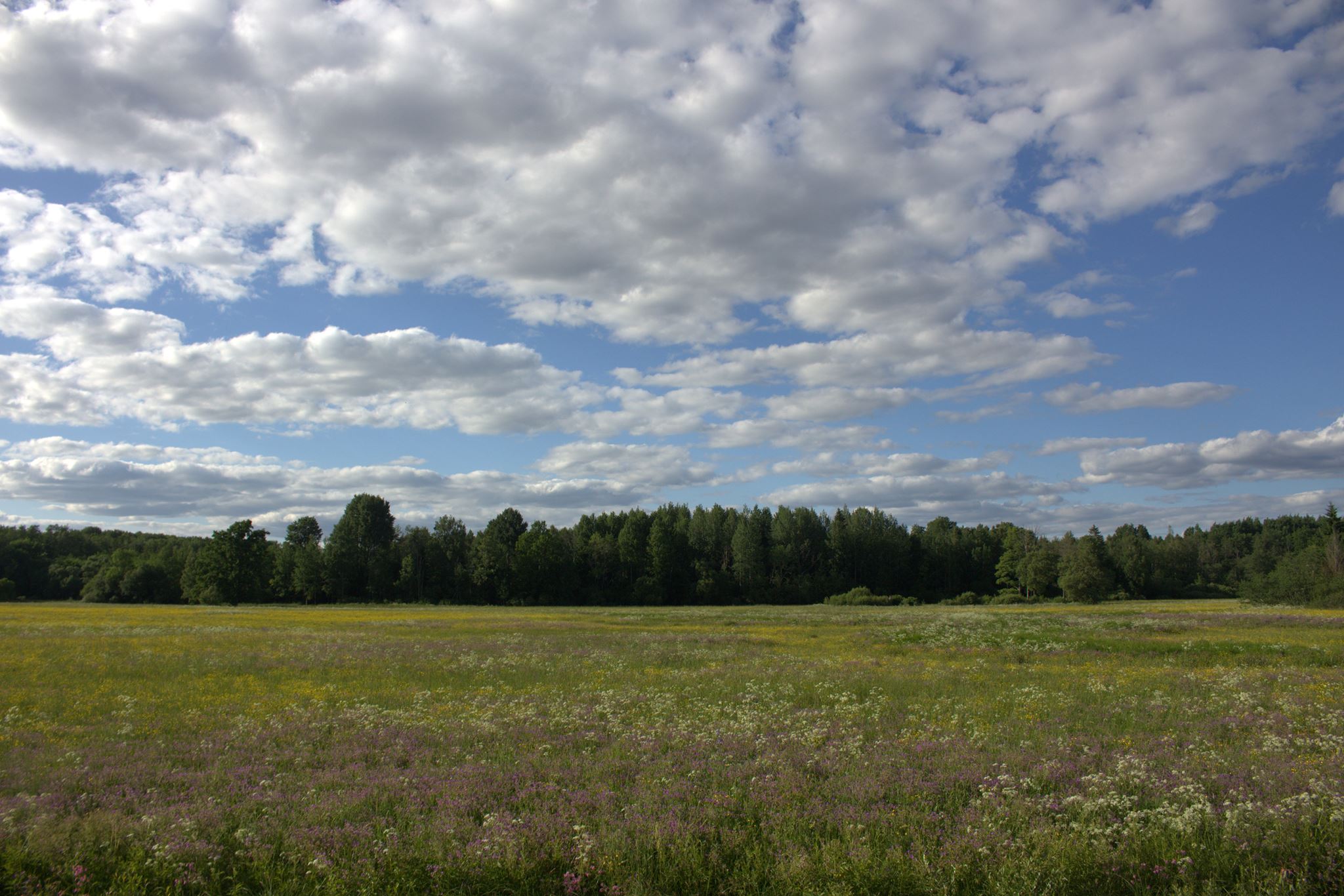 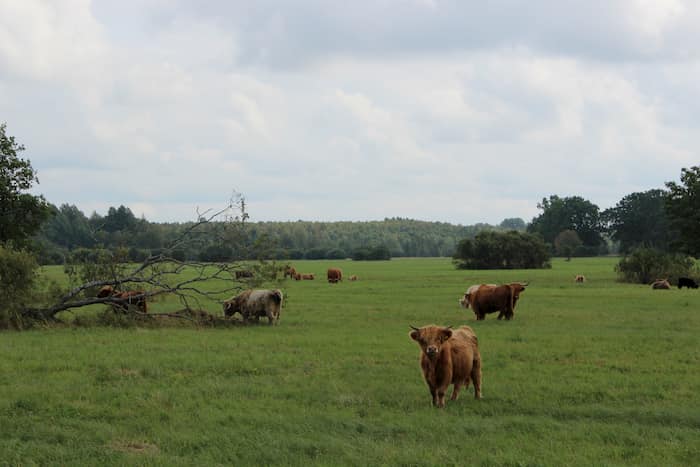 Drier mineral plains are covered by mesotrophic boreal forests. Typical for Soomaa's mesotrophic boreal are old powerful European aspens (Populus tremula) In the southeastern corner of the protected area, in the lakeside dunes of the former Baltic ice dam, the terrain is characterised by dry and open heath and floodplain forests with prairie crocus (Pulsatilla patens) and  Gypsophila fastigiata. 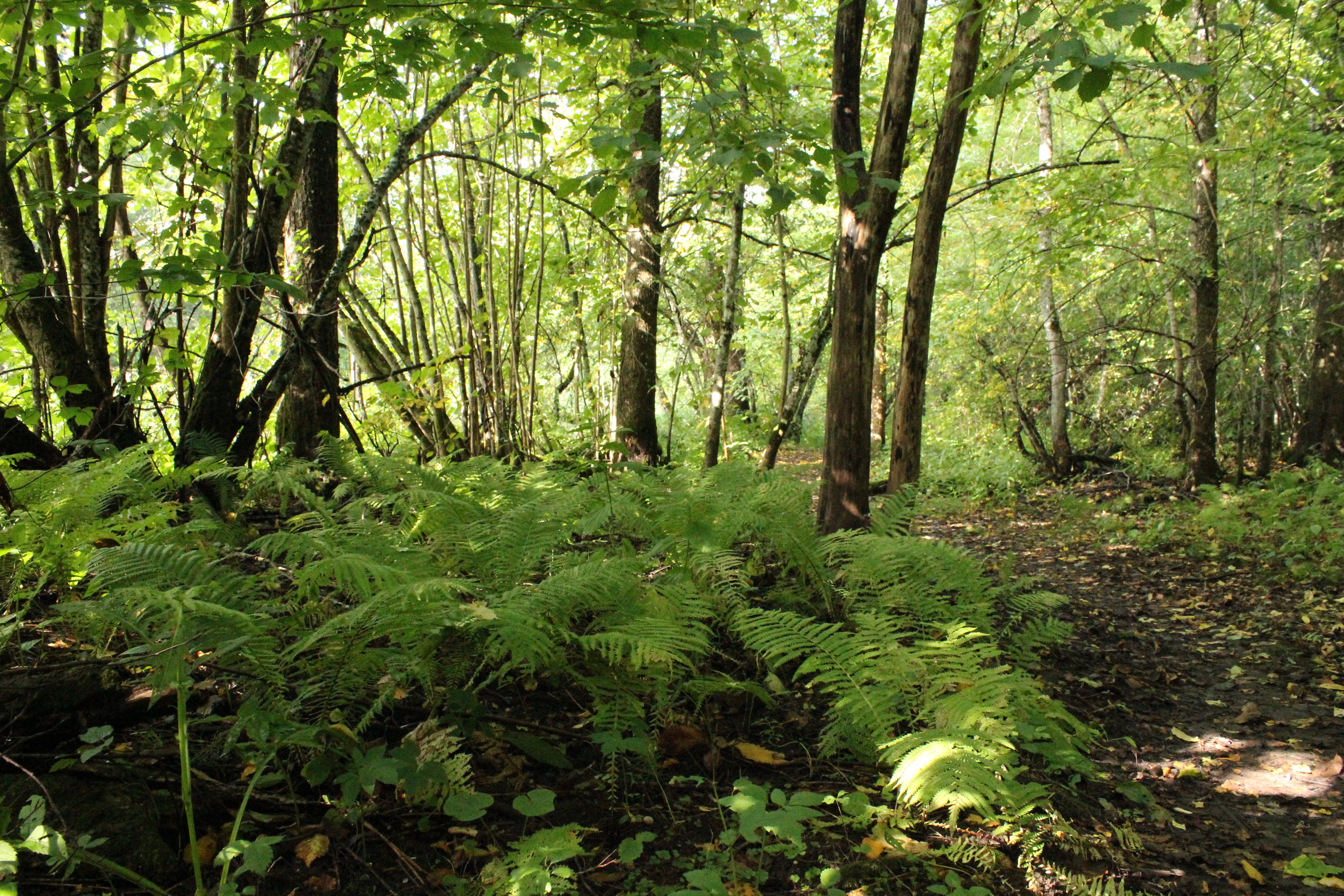