In the Haanja Upland, a unique heritage landscape has been formed over centuries as a result of the interaction between nature and human activity. Small fields, pasture strips, copses, swamp patches and lakes alternate. In such a landscape, the settlement has been dispersed to small random-cluster villages which are separated from each other. Due to basins and landforms with great inclinations, the fields have a small surface area and pouch-like contours, the roads are winding and have steep ascents and falls. Due to the mosaic landscape, many roads have been necessary which lead to every village and every pasture. Therefore, the road network is very dense when compared to plain land. The upland has significantly more snow than the rest of Estonia. 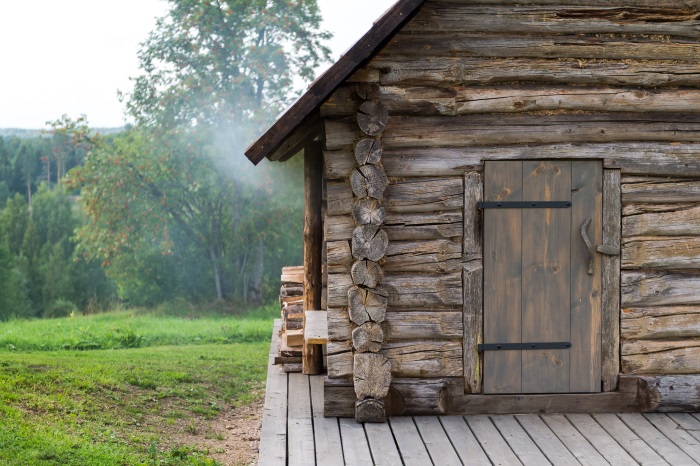 Due to the landscape characteristics, the lifestyle in the Haanja hillock landscape is very distinctive. Due to the steep slopes, more manual work had to be done in the cultivation of the land, it was not possible to use more modern agricultural technology. An additional means of subsistence besides poor fields was handicraft.

Before Estonia became independent in 1918, Haanjamaa was known for famines caused by lands with low fertility and poor natural conditions. Despite Haanjamaa being hilly and having poor soils, it was more densely populated than the neighbouring parishes. This was partly because Haanja was the army parish during the Russian regime. The soldiers who served in the czar army for 20–25 years were granted small plots of land of 1–2 hectares in the army parishes when they retired. Entire villages were formed in the Haanja and Kasarista area in such a manner. There were no big farms in Haanja also during the early years of the Republic of Estonia, most of the farms were single farms of one or two horse lands or belonged to random-cluster villages.

Since the people in Haanja did not manage to live off only on small fields with low fertility, the handicraft of men and women was flourishing here. Before World War II, the Kriisa brothers were the organ masters known across Europe. Commodities made in these areas were well known across Estonia starting from smoking pipes, clothes brushes and wooden spoons to cupboards and room fittings. Before the war, spinning wheels, shaft bows, sleighs and horse carts in the South Estonian fairs were mainly made by the craftsmen of Haanja. From the handicraft of women, carpets of Haanja were known. In addition to handicraft, the local people earned something extra by being coachmen and providing any carriage services, primarily timber carriage services. Fedoras and hats (haanikaabu) were also know articles of Haanjamaa.

After the abolition of servitude, Haanja men found that lime burning was also a source of income. Lime was necessary to make mortar which was needed in great amount upon building the Võru city, therefore, there was a market for it. Lime was burnt from the pieces of limestone collected from moraine.

Haanjamaa is also a unique and clearly distinctive area when it comes to non-material heritage. Since the area is difficult to access due to the hills and the household were apart from each other between the hillocks and valleys, the cultural and linguistic identity of the area has been preserved. It has outlived the manor regime of the Germans in the 19th century and the soviet collective farms and state farms in the 20th century. The place names and activities indigenous to the area maintained the language and the frame of mind also when it was not favoured officially.

The people of Haanja has always been known as people who love to sing and play instruments. A book Haanja Munamägi – turistide Mekka published in 1935 mentions the “wedding singers” (kaasitajad) of Haanja who sang in weddings for the happiness of the bride and the groom. Also, music and singing accompanied the dance parties of village boys. Before the last war, each farm had at least 2–3 handmade instruments for their own use. A piano, a harmonica or an organ was supposedly in each fifth farm, but a violin, a zither or some other smaller musical instrument was certainly in each farm. In the Võru County section of the collected works Eesti. Maateaduslik, tulunduslik ja ajalooline kirjeldus published in 1926, there is also talk of singing in weddings in the south-west part of the Rõuge parish and wandering about at night (fensterln) in Haanja.