The Haanja Upland was formed approximately 15,000 years ago. It was the first area in Estonia which was freed from the glacier of the last Ice Age.

The middle part of the nature park is dominated by big flat-topped hillocks and hills with a height of 25–60 metres, the inclination of the slopes of which is at times up to 30 degrees. There are 19 hills which are more than 280 meters above sea level, the highest of them is Suur Munamägi: 317.2 meters. Suur Munamägi is the most visited place of Haanja Nature Park. The observation tower situated on the top of Suur Munamägi Hill offers a great view and if the weather is nice, you can see Russia as well as Latvia. The Vällamägi Hill has the greatest relative height, there is approximately 80 ascent meters from the foot to the peak; the absolute height of the hill reaches 301.4 meters.

Numerous primeval valleys also contribute to the characteristic appearance of the landscape. The Kütiorg Valley is located in the north-east of the nature park, it is a deep valley with steep edges (50–75 m). Additional valleys with steep edges which the locals call “tsor” characterise the Kütiorg Valley. The Rõuge Primeval Valley is located in the north-west of the nature park, the depth of which is also up to 75 meters. Also, several additional valleys are joined with the valley, the most famous of which is the Ööbikuorg Valley and the Hinni Canyon. Devonian sandstones outcrop in the Hinni Canyon in the extent of 200 meters as walls of up to 6 meters. 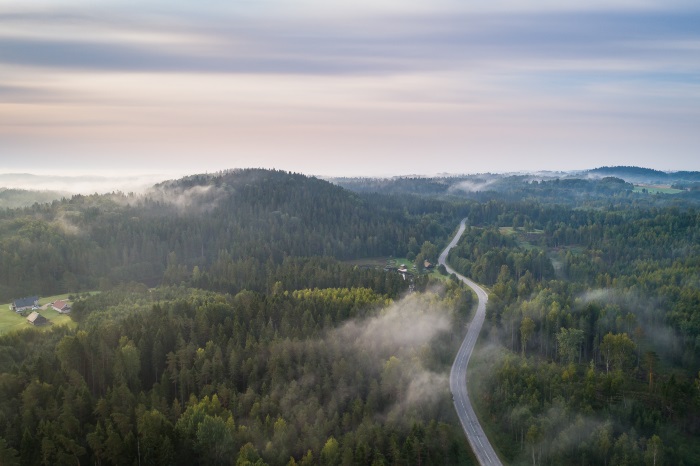 The Vällamägi Hill has the greatest relative height. Photo by Jaanus Tanilsoo

The restless landscape favours an abundance of habitats and there are several biotic communities which are rare in Europe. Due to the very diverse soils and the abundance of landforms with different humidity levels, there are various forests in Haanjamaa, including old-growth forests highly valued for the natural values and broadleaf forests, but also mesotrophic bog forests and oligotrophic bog forests.

The hillocks also include wetlands from fens to bogs. Most of the swamps here are in the fen stage, only few have developed into bogs. In the bog at the eastern foot of the Vällamägi Hill, the thickest peat layer in Estonia was measured: 17 meters.

There are may open landscapes and biodiverse meadow communities in the Haanja neighbourhood which requires human contribution for preservation: regular mowing or herding.

In the divided landscape of the nature park, there are many rivers, creeks and lakes in a natural state. The deepest lakes of Estonia are located in Rõuge: the average depth of these is approximately 20 meters.

Many protected species, some of whom are very rare, have found a habitat in the mosaic landscape of Haanja Nature Park. For example, here is the only known habitat of Braun’s holly fern (Polystichum braunii) in Estonia. A rare plant species called Ligularia sibirica also grows here.

From protected mammals, a small predator called the Eurasian otter (Lutra lutra) of third protection category lives in the nature park. The number of this species has increased in the previous years. Since there are many bodies of water and old forests in the nature park, the area is suitable for bats as a summer habitat. From rare small mammals, the have been sightings of Laxmann's shrew (Sorex caecutiens) in the Haanja forests.

From protected fish, it is known that spined loach (Cobitis taenia) and European weather loach (Misgurnus fossilis) live in the bodies of water of the nature park. It has been the objective to protect the green snaketail (Ophiogomphus cecilia) and thick-shelled river mussel (Unio crassus) species of invertebrates.

The northern crested newt (Triturus cristatus) is the most important protected species of amphibians.  For this European rare species, there are enough suitable habitats (ponds, puddles) in Haanja Nature Park; that is why its population is in a rather good state. A good impact has also been the pond creation project in the previous years which, in addition to the northern crested newt, is also beneficial to the protected common spadefoot toad (Pelobates fuscus). 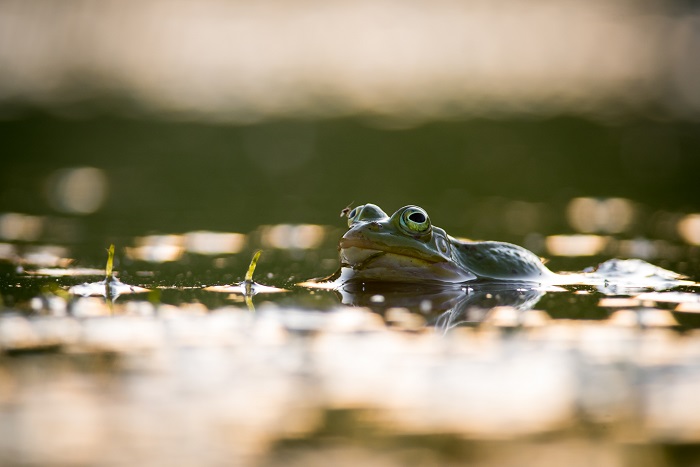