The nature of Kõnnumaa Landscape Protection Area has been formed by the activity of the last Ice Age. The area was eroded flatter and lower with the advancement of the glacial. About 11,000–12,000 years ago, the edge of the continental ice took a longer time to melt here, which is why the characteristic marginal formations of the continental ice were able to form: eskers, kames and terminal moraines. An area with an alternating landscape was formed and it includes the highest peak of Western Estonia, the Paluküla Hiiemägi Hill (106.7 m), and the second in height, the neighbouring Reevimägi Hill (99 m). Forests and small heath areas border the marshes rich in bog pools that have formed between the marginal formations. 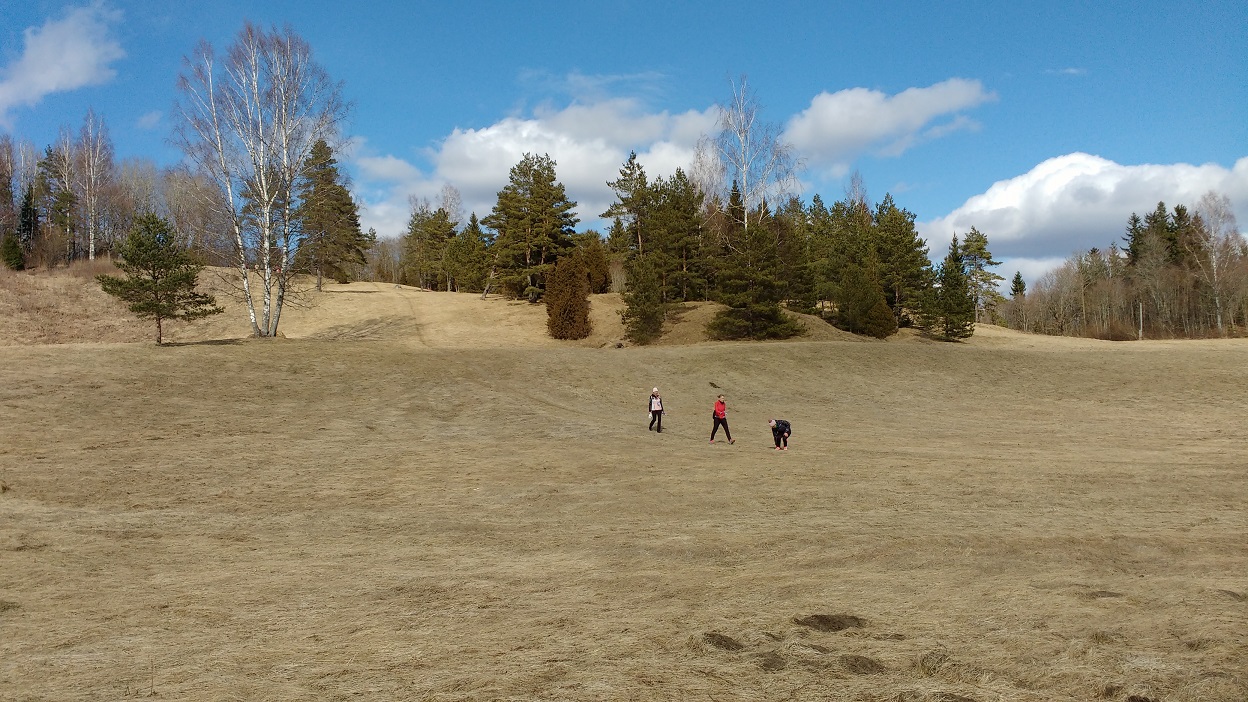 The Paluküla Hiiemägi Hill is a watershed for the basins of the Keila, Kasari and Pärnu rivers, which is why the borders of the Gulf of Finland and the Riga and the Väinameri Sea basins meet here. The Vigala River that is the largest tributary of the River Kasari starts from the eastern border of the Keava bog. The Kuusiku River, a tributary of the Vigala River, that has the name the Rõue River in the upper waters, starts between the villages of Ohekatku and Paluküla that are north from the Palasi bog. Water flows through the Kädva Stream into the Käru River from the southern part of the bog lake of Loosalu and there is a hidden outflow into the Keila River from the northern part.

The bogs here are rich in bog pools, which is characteristic of old bogs. The largest bog lake of Estonia is located in the centre of the Loosalu bog – Lake Loosalu (35.04 ha) that is a remnant of a former ice reservoir. Lake Väike Loosalu (Lake Small Loosalu) (3.4 ha) that has formed from merging bog pools is 200 metres northwest from Lake Loosalu. 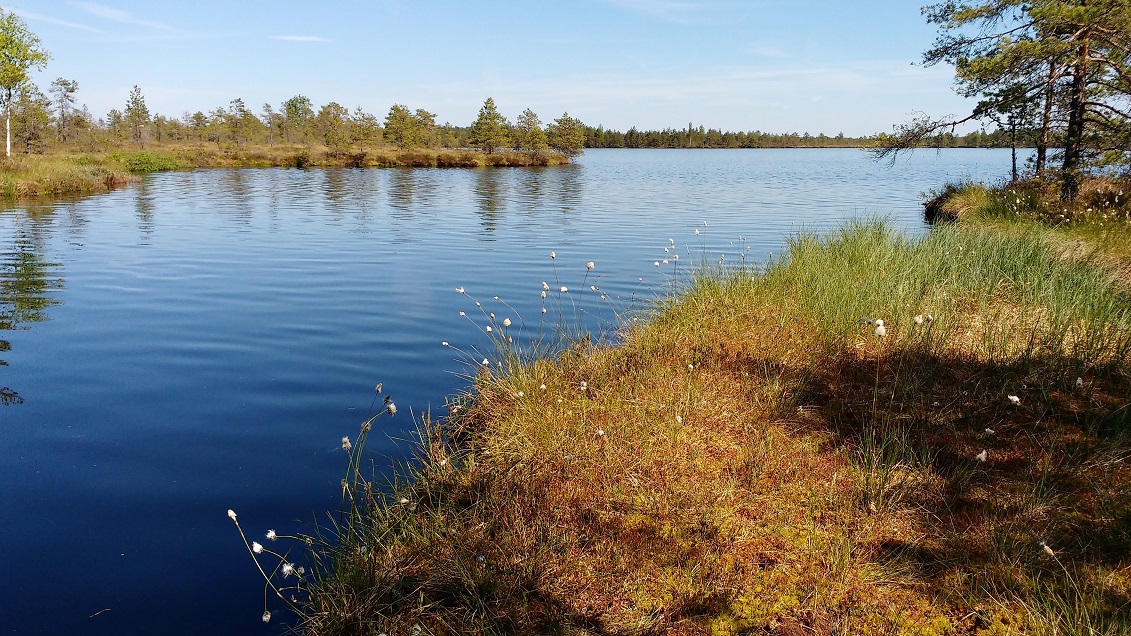 There are three bogs in the Kõnnumaa Landscape Protection Area: Keava, Palasi and Loosalu. The smallest of them is the round Palasi bog (597 ha) in the southern part of the reserve that has formed from an overgrown lake that used to be in a former basin. Later, the bog expanded also to the surrounding mineral grounds. The peat layer of the bog that has steep slopes and is rich in bog pools is 5 metres thick.

The Keava bog (1,581 ha) that is a part of the larger Keava bog complex is located in the southern border of the reserve. The bog runs from north to south because it is restricted by eskers both in the east and the west. The diameter of the bog is 3 km, the peat layer is 3 metres thick on average, but the maximum depth is over 8 metres. The centre of the bog has formed due to the paludification of the lake, but the periphery due to the paludification of the mineral ground. There are interesting marsh funnels with a diameter up to one hundred meters in the Keava bog. Water absorbs quickly from the mineral islands that are underneath these funnels.

The Loosalu bog that has an area of 863 ha is located in the western part of the reserve. The peat layer of the round bog is up to 8 metres thick. Gyttja, loam and gravel that have been found under the peat indicate that the bog was formed when a post-glacial reservoir got overgrown. Lake Loosalu, also called Lake Kädva or Venepele, with an area of 34.1 ha and a depth of up to 5 metres, is located in the centre of the bog. 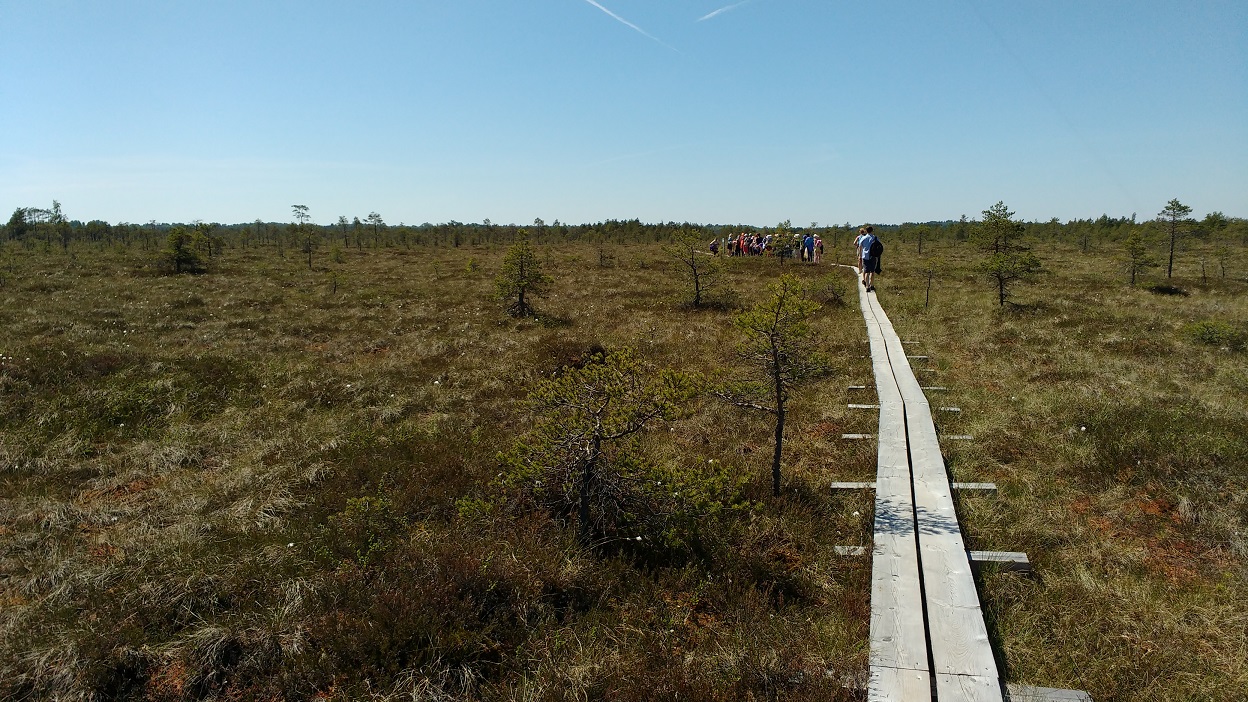 Forests
Bog woodlands are the most common in the Kõnnumaa Landscape Protection Area. There are swamping and deciduous forests as individual spots all over the reserve. The usual characteristics of these forests are sods that surround trees and plenty of decaying wood under the forest. Old natural forests that can be found as small groves all over the reserve are an important natural value of the reserve. These are untouched or old forests with limited human impact where many endangered species, especially moss, lichen, fungi and invertebrates find habitats. In patches all over the reserve, but mostly in Paluküla and north of the Palasi bog, there are deciduous forests where high grove plants or grass and ferns grow in the underbrush of the forest. On the eskers and moraine ridges of Paluküla, there are also hillock forests where the dominant tree species is the pine tree, the spruce and broad-leaved trees join them on the slopes.

The flora of the reserve is characteristic to the bog, forest and heath communities here. The aim is to protect the Hudson Bay sedge, moor-king Lousewort, broomrape from the vascular plant communities and the white-adder’s mouth, bog orchid, lady’s-slipper orchid, early marsh-orchid and fragrant orchid from the orchid communities. Slender green feather moss from the bryophytes.

The plant communities of the Kõnnumaa Landscape Protection Area offer habitats for a diverse fauna. There are especially many rare and endangered bird species that are protected – i.e. the golden eagle, hazel grouse, whooper swan, wood grouse. It is worth mentioning that the black-throated loon, horned grebe and common crane inhabit the area. From other animal species, the northern bat, Brandt’s bat, European red wood ant and large copper stand under protection. Other rare and endangered plant and animal species are protected along with the mentioned species.