Karula is considered to have high conservation value due to its natural and heritage landscapes. The natural landscapes typical of the region – large forests alternating with small lakes and mires – can be found in the southern part of the national park and near Lakes Õdri and Kaugjärv.  Karula has the highest density of the black stork population in Estonia. 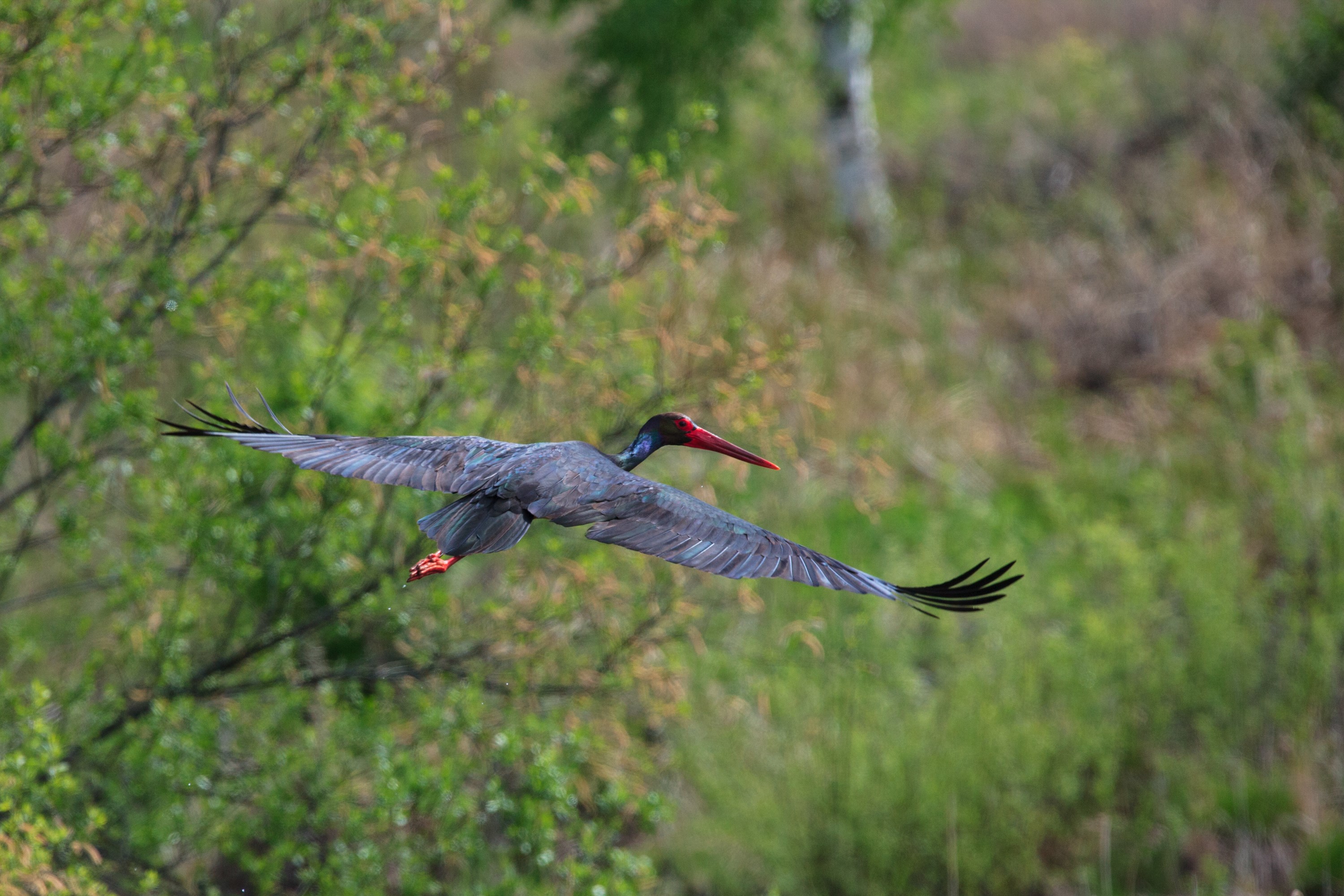 Heritage landscapes, the result of thousands of years of continuous human activity, are predominantly located in hilly areas, from the villages of Jõeperä and Rebasemõisa to the villages of Mähkli and Kolski, respectively. In the national park there are more than a hundred farmsteads, the history of more than half of which can be traced back several hundred years. Karula is an area of dispersed settlement, which means that farmsteads or small groups thereof are scattered between the hills. The farm buildings are generally log structures, typical of the early 20th century. The distribution of heritage landscapes is predetermined by the location of arable land: hill tops and their steep slopes tend to be wooded, encircled by fields or meadows. Depressions between hills contain small lakes, wooded mires or wet meadows. Over the course of the last hundred years, the extent of heritage landscapes has more than halved due to industrialisation (rendering obsolete steep hill slopes and hayfields where nature has gradually taken over) and the deportations of the 1940s.

Forests cover some 70% of Karula’s surface area, growing as old, unfragmented areas in the park’s sparsely populated southern section and as smaller patches in the park’s northern, hilly part. More than 60% of these forests are in conservation zones. The unfragmented block of forest which takes up almost half of the national park and is the largest of its kind under protection in south-eastern Estonia is considered to be of exceptionally high value. This ancient wooded area includes the strict nature reserve of Pautsjärv. This massive forested area is home to large wild game, such as elk, roe deer, wild boar, lynxes, wolves and bears.

Hilly terrain gives rise to different light and moisture conditions, which is why the forests in the national park are varied in type. The most common are mesotrophic and mesoeutrophic, accompanied by various types of mire forests (transition mire, bog, fen and alder fen), fully-drained mire forests and boreo-nemoral forests, as well as mesoeutrophic boreo-nemoral hillock forests growing on calcareous moraine.

Mesotrophic forests take up more than a third of all forests, growing in the poor, sandy and gravelly soils found in the southern and northern parts of the national park. The biota in these forests is not very rich in species. The tree layer is dominated by pines; the shrub and field layer by lingonberries, blueberries and heather; while the moss layer is continuous and thick. Natural values associated largely with mesotrophic forests are the Western capercaillie, osprey and slow worm. On the edges of these forests, where vegetation is sparse, you might spot the Eastern pasqueflower and sand lizard. 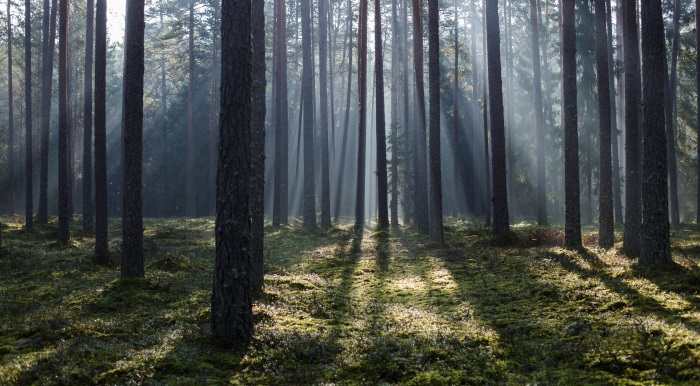 Meso-eutrophic forests, predominantly found in former slash-and-burn fields, grow in the fertile soil of the northern and eastern parts of the national park. Here, the tree layer is dominated by spruce, while the field layer is characterised by such plant species as the common wood sorrel, false lily of the valley and Arctic starflower. These forests are home to the three-toed woodpecker and northern goshawk, which are becoming increasingly rare elsewhere in Europe.

The most common tree species in Karula are the Scotch pine, followed by birch, Norway spruce and grey alder, while aspen, alder and others are less common.

Lakes and small bodies of water

The retreating continental glacier caused depressions to form which later developed into lakes. The Karula Uplands boast 60 lakes, of which 40 are located in the national park. Typically, the lakes have marshy shores; sandy shores are a rare find. Various lake types found in Estonia are represented in the national park: there are eutrophic and oligotrophic lakes as well as brown-water and clear-water lakes, and most of them are in good ecological condition. The largest among them is the picturesque Lake Ähijärv (176 ha) with its winding shoreline, while the deepest is Lake Savijärv (18 metres). Lake Ubajärv stands out for its biodiversity.

The majority of freshwater fish species registered in Estonia can be found in the lakes in Karula National Park. The most common are the perch, roach, pike, crucian carp and tench. As for protected species, the spined loach and European weatherfish can be found in here. In many places, visitors will spot traces of beaver activity – lakes with a higher-thanusual water level, and flooded forests. As for mammal species under protection, you might spot the otter in the region’s lakes. Those with abundant fish populations are also an important feeding site for the osprey.

In Karula, the landscape is dotted with small bodies of water between hills, locally known as lontsik, land or lump. These shallow pools, where no fish live, are invaluable habitats and spawning grounds for amphibians and insects. The European spadefoot toad (Pelobates foscus) prefers shallow bodies of water for spawning and for its tadpoles to mature in. The great crested newt (Triturus cristatus) looks for fishless waters that get at least a measure of sunshine, where its spawn can be attached to low-lying aquatic plants. Small bodies of water are also an ideal habitat for the larvae of the protected species of the large white-faced darter (Leucorrhinia pectoralis).

Mires cover some 10% of the national park’s surface area. The largest is the 219-hectare Äestamise mire, located in a depression on the edge of the uplands. Other significant mires include Apja, Pikäsilla, Kuusistsaarõ and Aruküla, situated on outwash plains in the southern part of the national park. Due to the region’s hilly terrain, the majority of mires in Karula have a small surface area. In comparison with the rest of Estonia, Karula has an exceptionally large number of quaking bogs which have formed as a result of lakes becoming overgrown. On the steep slopes of large hills, spring mires can be found. In addition to regular mire plants, such as the marsh Labrador tea, leatherleaf, cranberry and others, various orchid species grow here, such as the white adder’s mouth, bog adder’s mouth orchid, marsh helleborine and fen orchid. 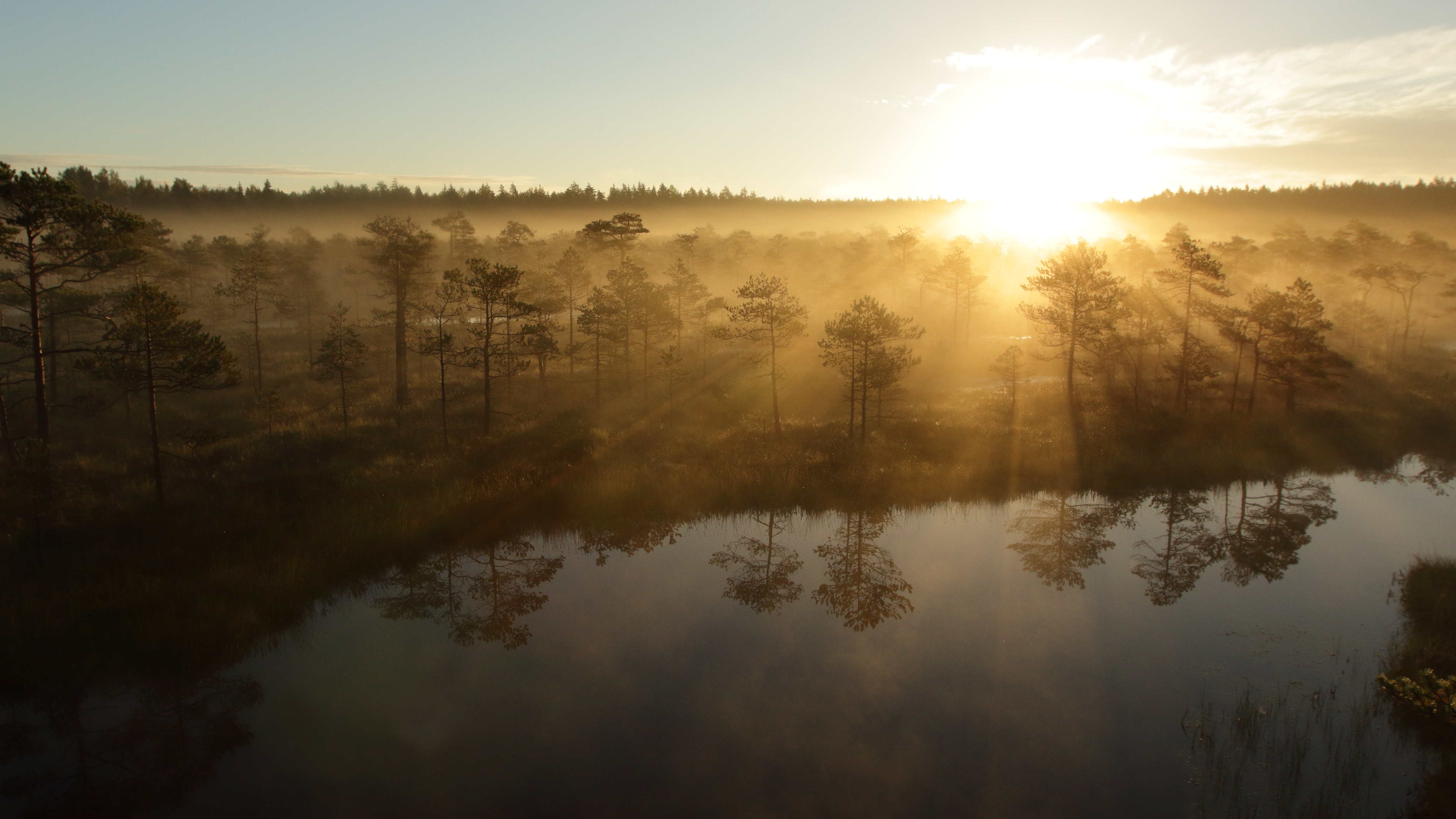 The majority of meadows in Karula (approximately 75%) are dry grasslands growing on mineral soil; the rest can be found in excessively wet areas. Historically, the meadows in Karula have been wet, paludified meadows and marshy meadows, which are currently disappearing from modern landscapes. Present-day grasslands evolved from old, long-standing fields which were left uncultivated for decades. In these places, vegetation characteristic of dry meadows is taking over. Only fragments of the former dry mesotrophic meadows have survived, and these serve as invaluable habitats for some rare species, such as the chamomile grapefern and leathery grapefern. Moonworts (Botrychium) of the Pteridophyta division reproduce by spores and are threatened by their habitats becoming overgrown and turning into scrubland.

Meadows serve as ideal habitats for biota associated with heritage landscapes: butterflies, bumblebees, bees, beetles and others. As for birds, such species asth e Eurasian skylark (Alauda arvensis) and corn crake (Crex crex) depend on open landscapes for their survival. Meadows are also important feeding sites for the lesser spotted eagle  (Aquila pomarina).