Karula National Park is mostly located in the former Karula parish, spanning the greater part of its eastern section. In addition to its unique nature, other key values protected in the national park include human settlements which evolved over a long period of time, village architecture, the traditional way of life and the Võru dialect.

For the most part, the built structures in the national park are farm buildings from the late 19th and early 20th centuries. Of these, the saunas – more specifically smoke saunas, which are typical of the region – have survived remarkably well and are still widely used. Also, a number of granaries and free-standing threshing barns have survived. The latter date back to a relatively short period of time when dwelling quarters were built as independent structures instead of merging them with the barns. The most valuable examples of free-standing threshing barns are those in Karkküla and Mundi. In the 1870s, the building of barn dwellings was abandoned in favour of a more modern type of dwelling: mansions. In Karula, several impressive mansions from the earlier period, unharmed by later reconstruction efforts, survive to this day. The walls of cowsheds from this period were typically made of logs, clay or boulders. It was very common to build cellars with sheds on top of them, the latter being lowlying structures with wooden shingle roofs, reaching up to the height of a couple of logs. 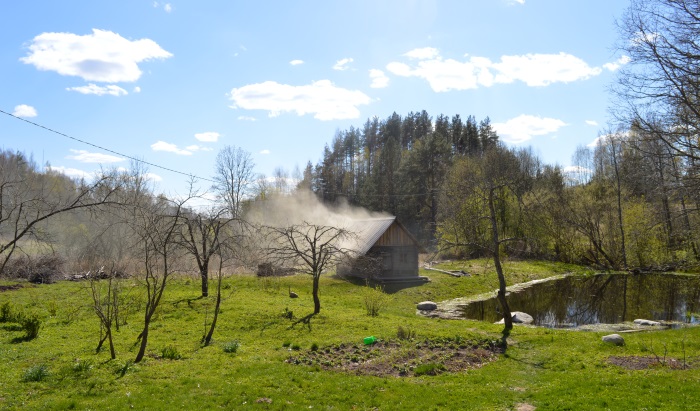 Here, people are brought together by the Võru dialect, everyday practices and customs dating back to old times, family connections spanning several centuries and a way of life shaped by the region’s unique landscapes. In Karula, agriculture has traditionally played an important role in the lives of local people, who have mainly engaged in growing cereal crops and livestock farming as well as forestry, beekeeping and fishing.

Today, the hilly terrain is predominantly maintained by the local cows and sheep. Horses, rabbits and other farm animals as well as domestic fowl are raised on farms. Generally, traditional skills (mowing with a scythe and making haystacks) have survived and are used on a daily basis in small households. Traditional crafts – spinning yarn and dyeing it with plants; weaving cloths; making brooms, sauna whisks and wood chip baskets – are highly valued and kept alive. Traditional building techniques are quite common and widely used. Also, the custom of making sõir, a type of cheese characteristic of the historical Võru County, continues to this day. Local people actively participate in working bees, value the wisdom handed down through the generations and celebrate traditional festivals. 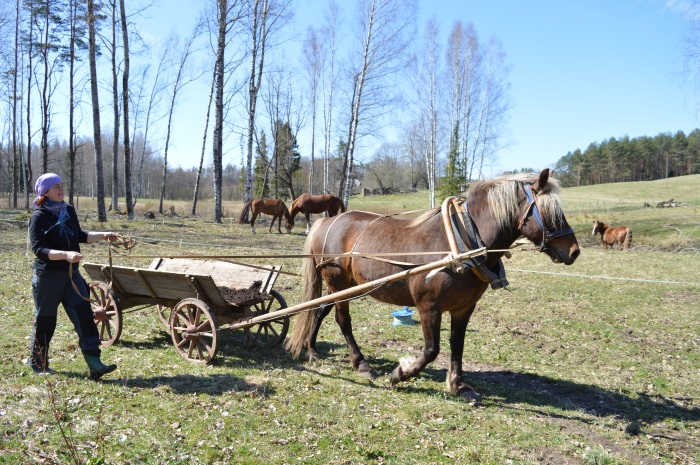 Smoke saunas still hold an important place in the daily lives of people living in the national park. Saturday is popularly called puulpäiv, meaning a half-day, because people work only until midday; the rest of the day is dedicated to heating and later enjoying the sauna. For many, a sauna is still a sacred place, and it is believed that a smoke sauna does not only cleanse the body, but also the soul. Among other old customs, smoking meat in such saunas survives to this day.

Forestry work used to be the main source of livelihood in some areas where the poor, sandy soil was not suitable for agriculture. Small farms of former forestry workers (roomakesed) and forest guards employed by manors located in the large forest block in the southern section of Karula are examples of this. Over the centuries, tree beekeeping has been popular among local people. Old pines once used as hive trees have perished but Karula could be considered the last stronghold of that kind of traditional beekeeping in Estonia. In earlier times, a large pine was selected and a cavity was hollowed out in its trunk using a gutter axe and large bowl gouge. The opening was closed off with a board, and holes for the bees to get in and out of the hive were then made in the board. To keep the tree from being brought down in a storm, its top was cut off. To demonstrate how tree beekeeping works, the owner of Värtemäe Farm made a hive pine on his farm in 2005. It is the last existing hive tree in Karula National Park.

Due to the area being exceptionally rich in lakes, fishing and catching crayfish used to be very popular. Dragnets, hand-held spears, tip-ups or seines were used for fishing. A lake guard once lived by Lake Ähijärv to make sure that the peasants did not catch too many fish from the manor’s lake. 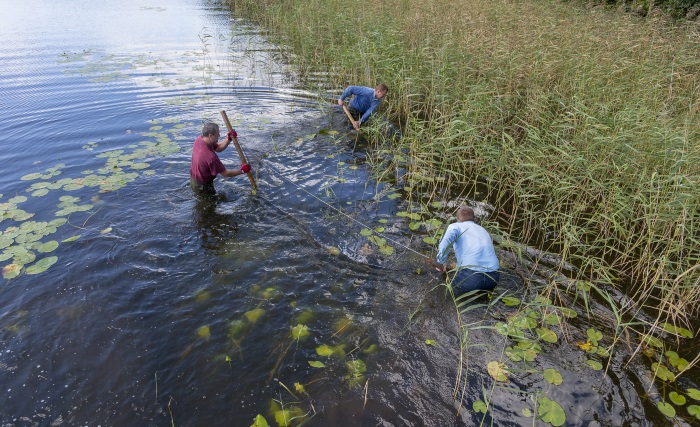 Local folklore is closely associated with the landscape, and there are many legends explaining the origins of place names. In Karula, tales about old settlement and burial sites, farmsteads and musicians, popular jokes and stories about wild animals and legends about spirits living in the lakes circulated among the people. Also, practitioners of traditional medicine and witchcraft were common here. According to popular folklore, “Witchcraft is everywhere near Lake Ähijärv. Around Karula not as much as around Antsla”. Other tales speak about places where ghosts and spirits were seen, brooks and springs with a healing effect, and animals on which spells were cast.

Karula parish belongs to the western group of Võru dialects, exhibiting common features with the regional languages of Tartu and Mulgi. Local place names have a beautiful ring to them – take for example Lajassaarõ, Peräkonnu, Värtemäe, Tsirgasmäe, Taropedäjä or Pirrupuusaarõ. The Võru language is typically a domestic and informal language rather than one used in formal conversations.