“The woman eyed the area: here a hill, there a hill, a third one in the distance, a fourth one on the left, fifth on the right and a sixth one behind them, a seventh and many more. Fields and buildings on the hills, only bogs around and between the hills, marshes in some places, covered with peaky scrubs.” (Truth and Justice I by A. H. Tammsaare) 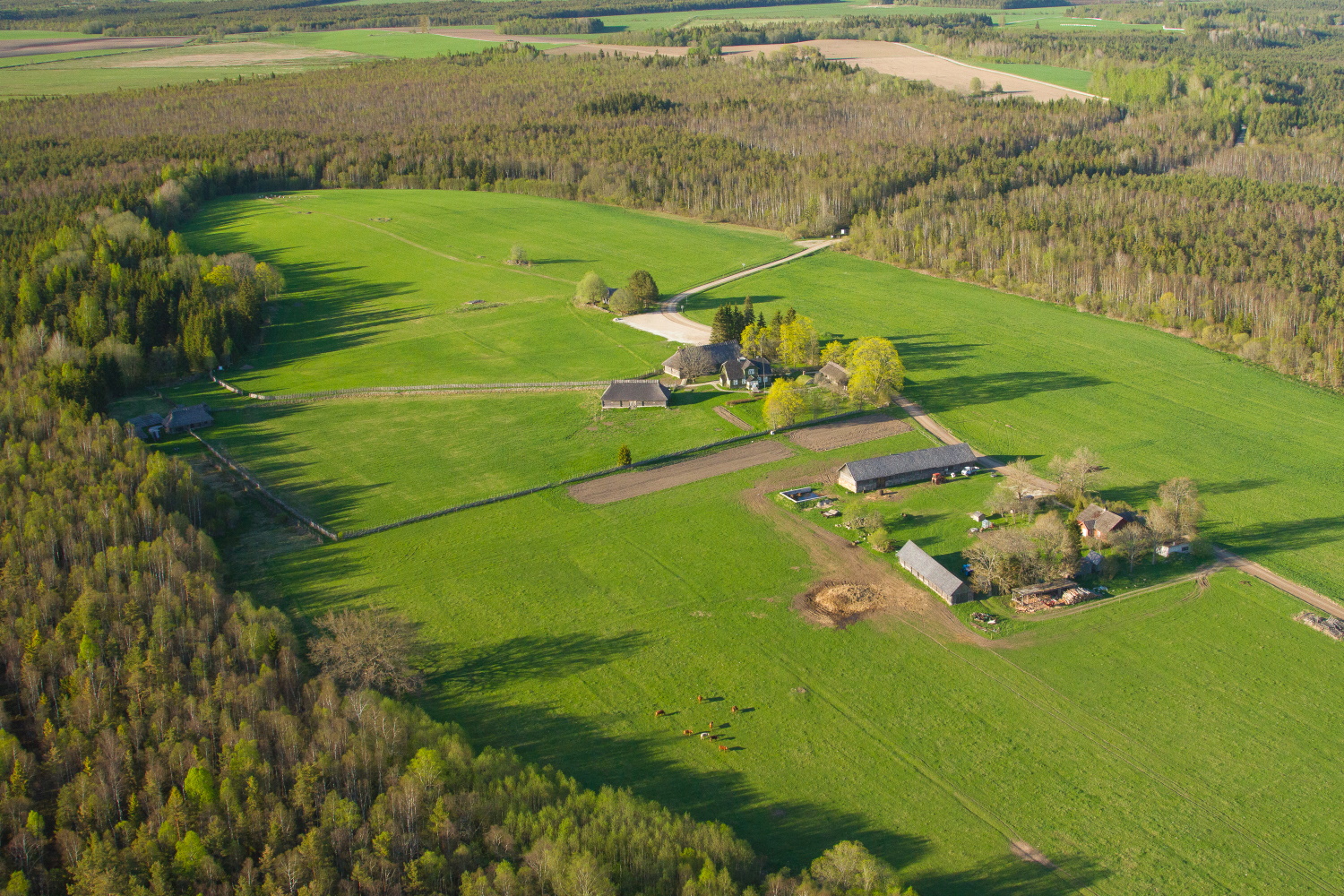 The oldest traces of human activity refer to a time around a thousand years ago. There were few crop- and pasturelands here, people lived on the forests, distilled tar and burnt coal. The remains of holes where coal was burnt and tar ovens can still be found here and there. The abodes were mostly on the banks of rivers or on flat hills in the lowlands and bog islands. Haymaking was done together on farther and closer bog islands, but the former barns are gone by now in the same way as the former homesteads are disappearing from the landscape.

The writer A. H. Tammsaare has made Kõrvemaa and the lifestyle here famous with the help of his writings. Anton Hansen was born in 1878 in the Tammsaare-Põhja farm. Tammsaare took his pen name from his domestic flat hill that, most likely, was named after an oak tree that used to grow here. A protected oak tree named Vetepere/Tammsaare that is about 160 years old still grows on a meadow near the Museum of Tammsaare.

The appearance of Kõrvemaa has changed from the times of Tammsaare, attempts to drain the area and gather rocks from the croplands have been made. Peaky forests have grown higher and former views have closed up. It is possible to guess the former locations of winter roads that enabled people to move around on otherwise soft grounds.

In honour of the 80th anniversary of A. H. Tammsaare, his museum was opened in Vetepere. A cultural grove has been planted by the laureates of Järva County cultural awards on the edge of the same flat hill. The growing of the grove was started in 1992 and it has been complemented every spring around St. George’s Day, when the laureates of Järva County cultural awards plant there their own tree. Oak trees and lindens have been used in the expansion of the cultural grove, currently, there are more than one hundred trees.

In addition to that, there is the Rehesaare boulder (also named stone of Saunasaare) with a diameter of 26 meters that stands under protection as a single object in Kõrvemaa. According to the legend, the boulder had been thrown to Kõrvemaa by the Estonian hero named Kalevipoeg. According to A. Saar (1972), a local hoaxer named Saunassaare Siim had once mocked Kalevipoeg, who got angry and took a good-sized rock from Aegviidu that he planned to throw into the farm of Saunassaare. But his foot slipped on cow manure and the rock fell on the island of Suurekivi instead.