About 10 000 years ago when the mainland ice receded Great-Endla Lake covered almost 3500 hectares of the Upland slopes. As the climate became warmer, swamps began to form in the lowest parts of the lakes. The 6 lakes of the nature reserve – Endla, Sinijärv, Männikjärv, Tulijärv, Kaasikjärv and Sinilaugas – are relict lakes of the Great-Endla Lake.

Most of the swamps here are now in the bog stage. There are less fens and transitional bogs. The bogs are separated from each other by rivers, lakes, forests and bog islands. As is typical to the East Estonia, the middle part of the bogs is more convex and the pools and hollows surround it in arc-like shape. 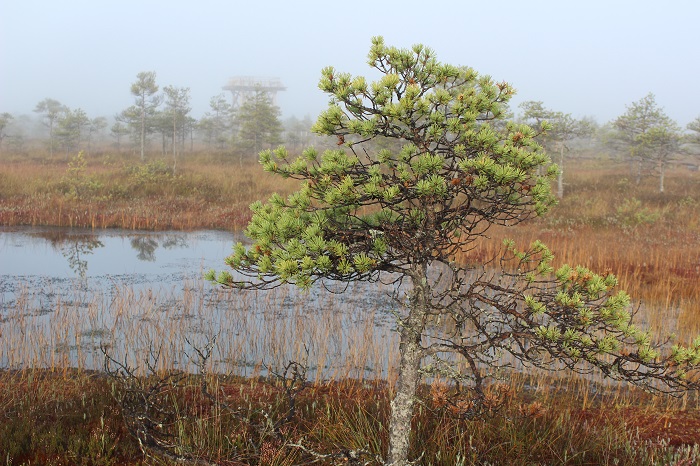 People have tried to change the developed wetland complex primarily by digging ditches and lowering the water level. An experimental agricultural mire station operated in the Tooma and Kärde area from 1910 until 1989. The most active study period of station was from 1944 until 1960. Since 1950 unique set of data on mire hydrology and microclimate has been collected. Besides mire station in Tooma village allso a so-called swamp school was active here from 1928 until 1994. That laid the foundation for teaching melioration in Estonia. In the former schoolhouse operates now the Endla Nature Centre.

In Estonia a breakthrough in acknowledging the valuable role of swamps took place in the 1970s. In the 1980s more than 30 protected swamp areas were formed – one of them is Endla Nature Reserve. Bogs as the keepers of pure water, regulators of climate and important wet habitats are well valued in Endla. In Toodiksaare, Kaasikjärve and Linnusaare bog the ditches that have been digged in the 1960s are now being closed to raise the water level in bogs.

The oldest and biggest bog of Endla Nature Reserve is the Linnusaare bog (1,250 ha), the estimated age of it is 9,500 years. Although the Männikjärve bog is relatively small it is well known. The boardwalk running through the Männikjärve bog has allowed the scientists and nature lovers to study and enjoy this wetland comfortably without getting their feet wet over 60 years. The viewing tower there is the same high as the maximum thickness of the peat layer - 7 m. 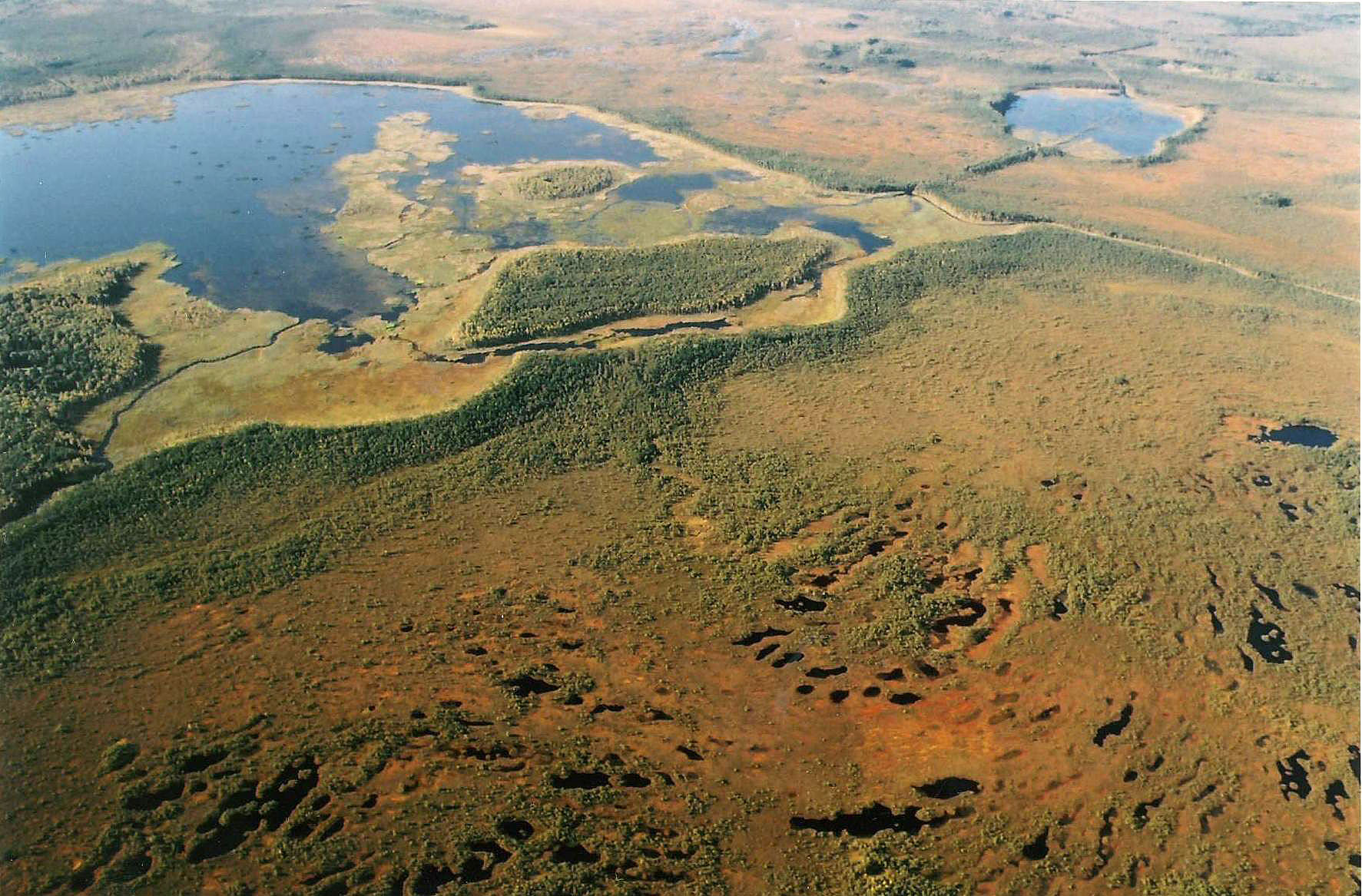 View from the sky to Linnusaare bog and Lake Endla and Lake Sinijärv. Foto: Edgar Karofeld

Most of the forests of Endla Nature Reserve are characterised by excessive moisture and have been affected by drainage. These are a good buffer for more valuable areas. There are less swamp forests and eutrophic boreo-nemoral forests growing on fertile soil.

The springs in the slope area of the Pandivere Upland are located mostly in the forests. There are more than 30 large springs in quite a small area, named Norra-Oostriku spring group. Cool and pure water which flows from the karsted limestone ground is sensitive to pollution. Here is the deepest spring of Estonia – Sopa (4.8 m, flow rate 60 l/s on the average). All year, springs with high flow rate like Oostriku (130 l/s on the average) and Võlingi (220 l/s on the average) provide creeks that flow into the Põltsamaa River. The fast flowing spring water is a suitable habitat for river trouts (Salmo trutta trutta morpha fario). 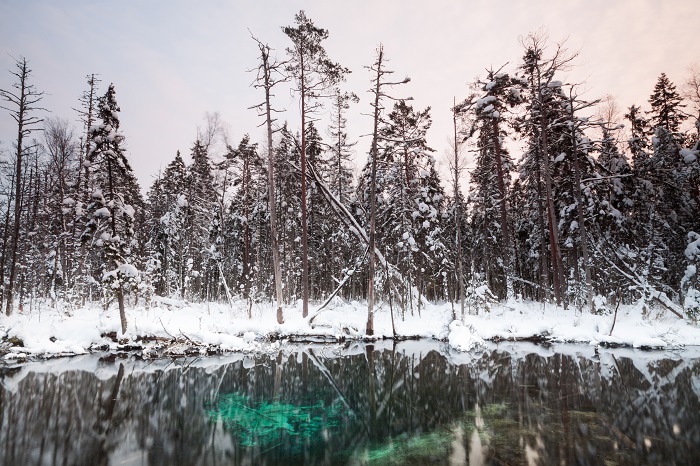 The biggest lake of the nature reserve is also named Endla (287 ha). It is a lake with the most island in Estonia – in addition to 6 mineral land island, there are many floating peat islands. A relatively shallow lake rich in plants is a good habitat for water fowl. Lake Endla is considered as the lake with the highest number of bird species in Estonia. The water level of the lake has been lowered twice when the Endla Lake was joined with Lake Sinijärv through a ditch (Räägu channel) in the bog. The waters thereof were directed to the Põltsamaa River. Currently, the water level of Lake Endla and Lake Sinijärv is maintained with a dike built on the Räägu channel. Both lakes have good living conditions for swan mussels (Anodonta cygnea), tench (Tinca tinca), pike (Esox lucius), perch (Perca fluviatilis), roach (Rutilus rutilus) and many other fish species. A winter road run over Lake Endla and the bogs in the past, it was a road which connected the cities of Tartu and Tallinn for centuries. 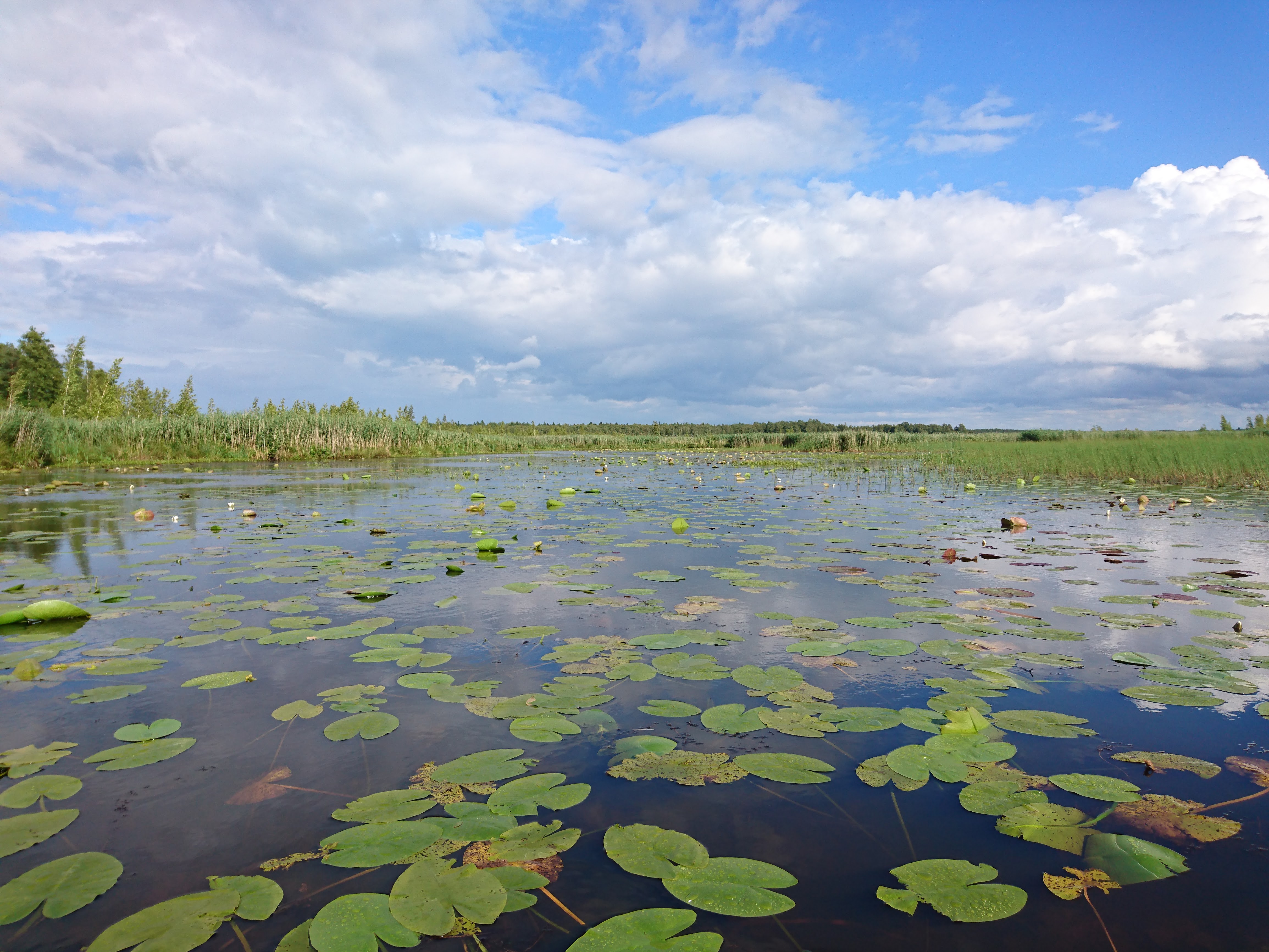 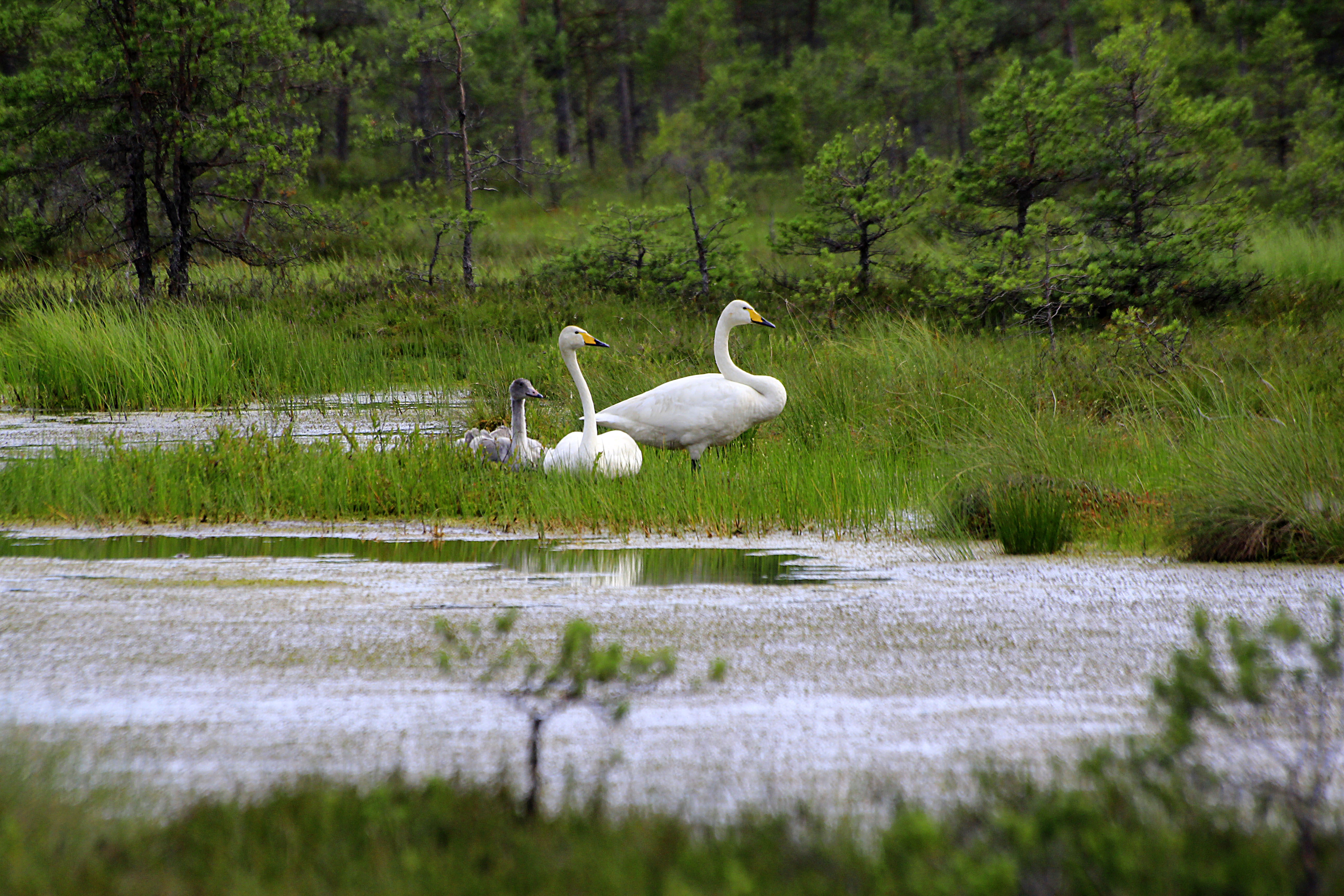 Mycoflora of Endla Nature Reserve has average diversity, 400 species have been found. There are more moss than lichen species in Endla Nature Reserve, several of them are rare. 452 species of vascular plants are known in the nature reserve. The area of springs in the western part is more biodiverse, several orchids (for example, lady’s-slipper orchid) grow there. A rare aquatic plant called slender naiad (Najas flexilis) grows in Lake Endla. 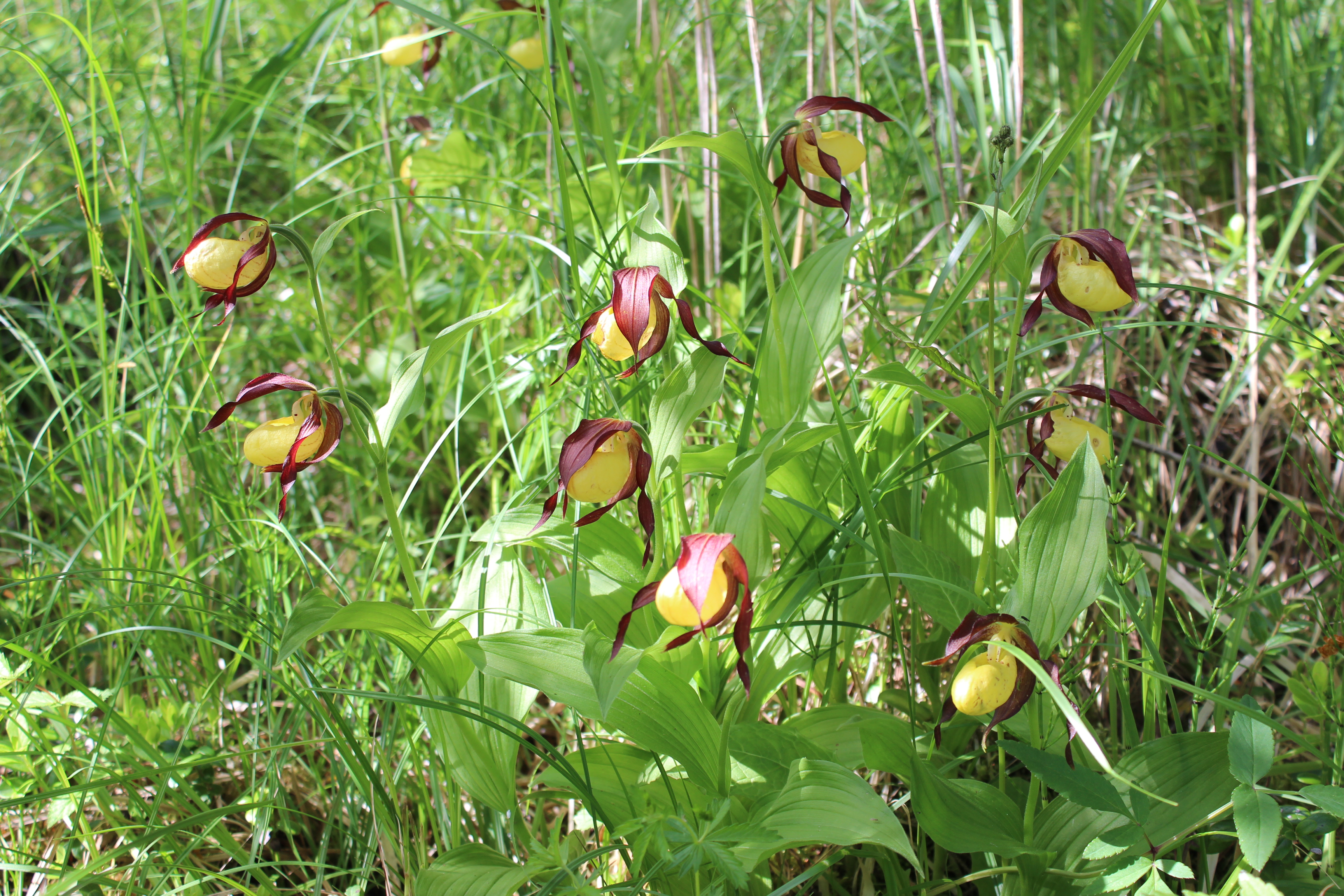