The waters of Lake Suur-Võrtsjärv were here after the Ice Age, 7,500 until 10,000 years ago. As the water surface lowered, the relict lakes decreased over time. Today, these have been formed into bog massifs: Põltsamaa, Laeva, Umbusi, Soosaare, Meleski and Sangla bogs.

The swamp landscape is divided by rivers: there are 12 watercourses with a length of approximately 115 km and 57 oxbow lakes with a length of approximately 51 km. The water regime here is mainly dependent on the water level of Lake Võrtsjärv and the Emajõgi River, indirectly also on the processes happening in the Pandivere Upland. Due to the level relief and a small fall of the rivers, the drainage of the surface water is obstructed. Upon high waters, the rivers rise from the beds and may flood approximately one third of the nature reserve. Characteristic oxbow lakes are 30–40 m wide and 2–4 m deep on the average, these are important spawning places of the fish and growing places of young fish.

One of the values of Alam-Pedja Nature Reserve is the flooded meadows which are rare in Estonia and in Europe – these are periodically flooded meadow communities with rich soil by the river. Alam-Pedja flooded meadows are located on the Põltsamaa, Pedja, Umbusi, Pikknurme, Laeva, Elva and Emajõgi flood plains of 3,835 hectares. 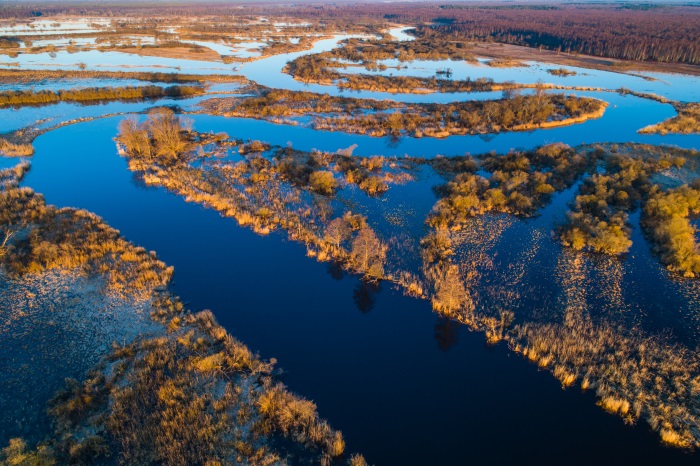 The area with almost no human settlements offers good hiding, feeding and nesting possibilities for big game and bird species, who are fearful of people. In the mosaic landscape of old-growth forests and swamps, one meets wolves, bears, lynxes, white-tailed eagles, golden eagles, also the presence of willow grouse and merlin has been identified. Alam-Pedja Nature Reserve is a very important habitat for the spotted eagle who is very rare in Europe.

Extensive flooded meadows are very rich in birds, especially during the spring and autumn migration. Tundra swans, whooper swans, bean geese and greater white-fronted geese feed and sleep here in big migratory flocks. The flooded meadows of the nature reserve are one of the most important nesting areas of the great snipe in the Baltic States.

The main fish species of the rivers are roach, bream, orfe and pike; many tributaries of the Emajõgi River are habitats of salmonidae. The more rare fish species are wels catfish and asp, also European weather loach, spined loach and European bullhead. When it comes to molluscs, thick-shelled river mussel lives in the parts with fast flow of the Põltsamaa River.

In Palupõhja, there is the biggest birth colony of pond bats in Estonia. 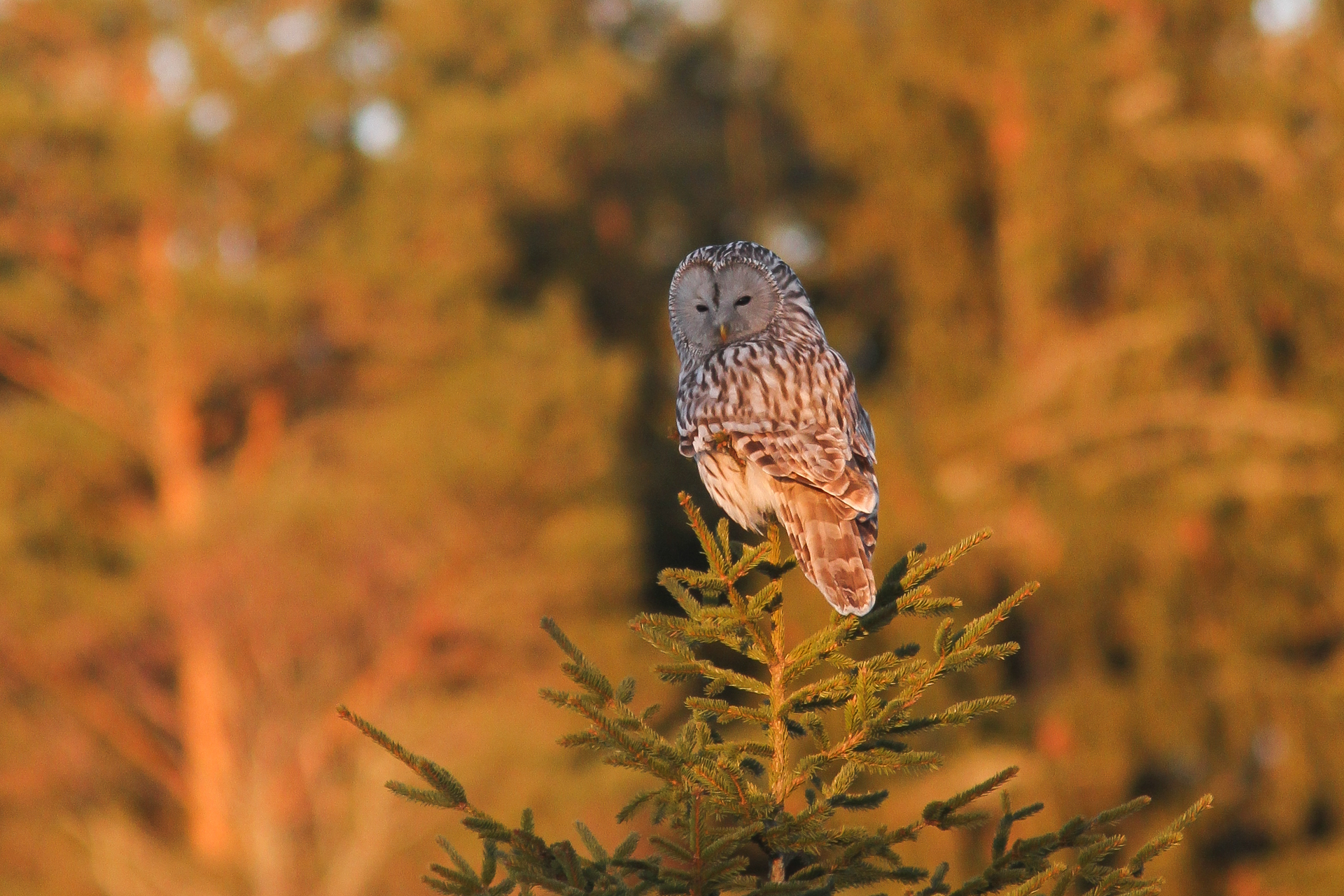 The Ural Owl is a permanent inhabitant of the key habitats of the Alam-Pedja Conservation Area. Photo: Uku Paal