Throughout time, people have always had a place in the nature landscape of Alam-Pedja. There are two Stone Age settlements known in the area: Siimusaare (on the west coast of former Lake Suur-Võrtsjärv) and Haudemäe (on the north coast). Based on the amount of fishing gear found, it may be concluded that fishing was an important means of subsistence of the people 15th century was the first time Palupõhja Village was mentioned in writing.

The big forests and rivers made it possible to found a glass industry in Meleski in the 19th century. The glass factory of Rõika-Meleski was one of the biggest industrial companies of its time in Estonia and the second biggest mirror factory in Russia. In 1820, the factory had 538 employees. After World War I, the Russian market disappeared, most of the glass industry companies were closed and the pressure for cutting down forests decreased. The forests that were cut down for the making of glass are starting to look like old-growth forests again.

There are many flooded meadow pastures in the Alam-Pedja region that were mowed carefully before World War II. The people came from neighbouring rural municipalities to make hay. The hay was placed on a wooden bed so that the flooding would not damage it and was mostly taken from the meadows by using the winter roads.

In the landscapes of Alam-Pedja, main roads for moving about were the Emajõgi River in the summer and winter roads built in the swamps in the winter. The first road where a car be driven was built here a little more than 30 years ago.

Today, Alam-Pedja area is a place of one of the sparsest human settlements in Estonia. There is one village in the nature reserve and that is located in Palupõhja, There are only 6 permanent residents in the nature reserve and approximately 30 summer residents. The area here has stayed untouched for so long partly because approximately half of the lands of the current protected area were used as a military training area from 1952 until 1992. Even today, signs of bombing can be seen on the landscape. 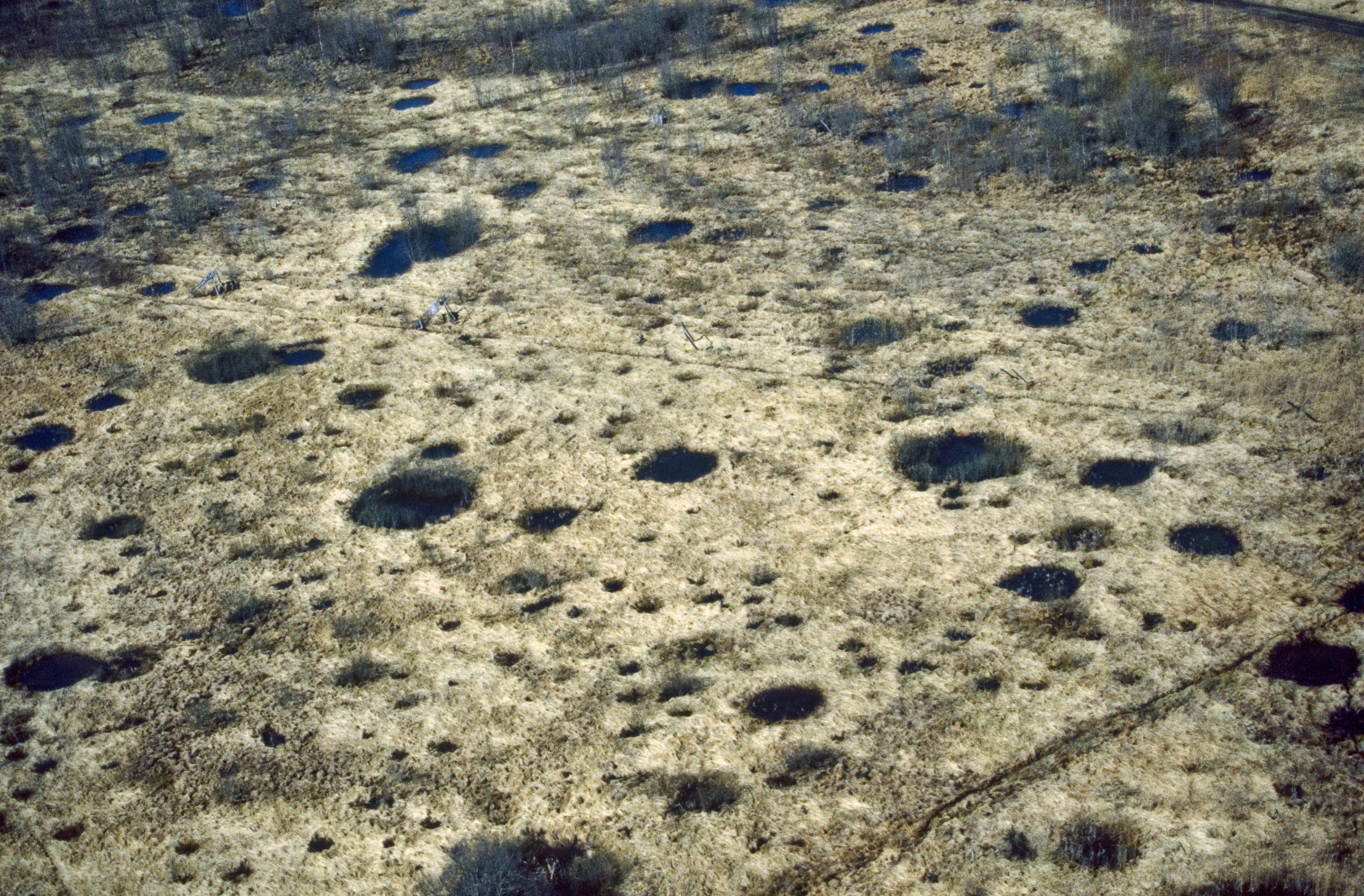