In the creviced sandstone are caves, which are associated with many folktales. The Emalätte (mother’s spring) cave and Neitsikoobas (maiden’s cave) of the Small Taevaskoda are well known, the former having an affluent spring and the latter opening directly into the water, with a cold spring flowing at the bottom.

Numerous springs can be found on the slopes of the valley, on the riverbank and at the bottom of the river, which make the river water running through the green forest tunnel cold and clear. Such a habitat is suitable for the protected fish species the spined loach, the European bullhead and the European grayling, as well as the green snaketail, the thick shelled river mussel and the kingfisher that nests in sandstone outcrops.

The majority of the sandy surface of the protected area is covered with pine barrens and mesotrophic boreal pine forests. Some spots of the valley’s floodplain have alder forests. Here and there meso-eutrophic forests can be found. The forests are abundant in birds – there are 125 known bird species in the protected area. Protected bird species living in the protected area in addition to the common kingfisher include the boreal owl, the European nightjar, the black woodpecker and the sand martin. The witches cauldron can be found in old spruce forests almost every year. Protected plant species in the area include the Pleurospermum austriacum, the smooth crosswort and the dwarf horsetail as well as several species of ground pines that grow in sandy soil.

Humans have left a strong mark on the natural environment of Ahja. In 1952, a hydroelectric power plant was built on the river. The reservoir drowned the beautiful Saesaare rapids as well as several outcrops and caves. 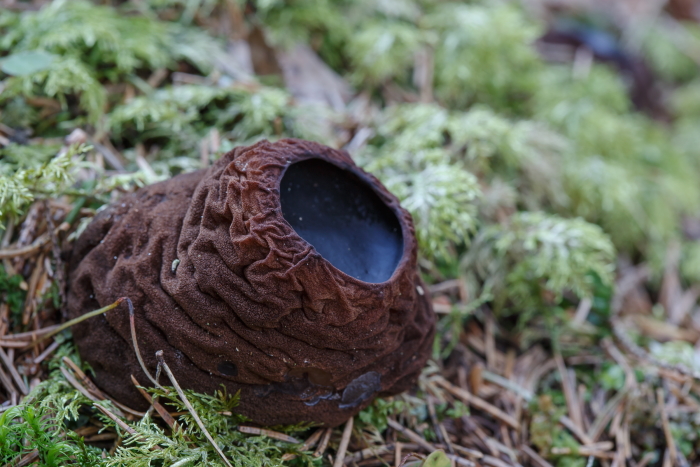