Folk stories about Kalevipoeg go together with the landscape of Vooremaa. The names of the bed and hillfort of Kalevipoeg are colloquial names for two uplands in the landscape. One bed of Kalevipoeg, situated between villages Kukulinna and Elistvere, is shaped like a saddle. It is an esker with the height of 33.5 metres. Archaeological excavations have revealed that it was a stronghold named Jogentagana and used mainly between the 7th–11th centuries. The bed of Kalevipoeg in the village of Ehavere (Luua) is located on the left-hand bank of the River Amme. This stronghold is considered to be a place where ancient Estonians had discussions.

By Lake Saadjärv, there are three boulders with a distance of about 400 metres, known as the tossing stones of Kalevipoeg. According to the folk stories, the three sons of Kalev cast lots on the northeastern shore of the lake about who will be the next king. The stone of the oldest brother fell in the lake, it is under water about 1.5 metres from the shore. The stone of the middle brother fell on the border between land and water, it is located on the banks of the lake in the corner of Sompa village. This stone is called the chair of Kalevipoeg or the witch after its shape. The stone of the youngest brother fell on the edge of the field in the village of Äksi. It has unfortunately perished, but its location is marked by a copper plate and a couple of pieces of stone. 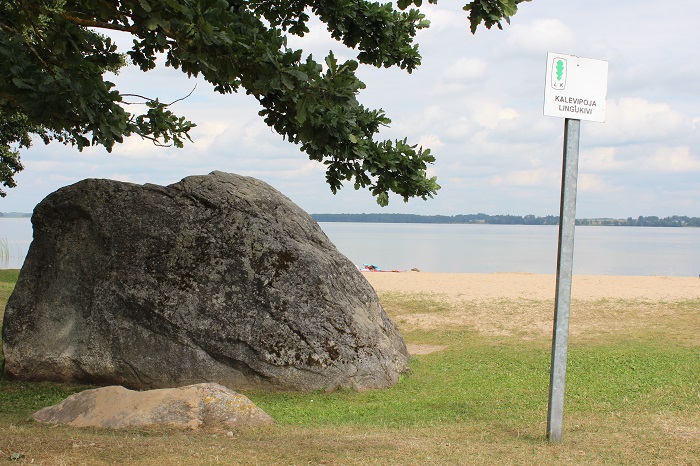 The striped Vooremaa is an ancient cultural landscape. Fields, graves and ancient strongholds are representing traces of ancient settlements. Distinctive settlements, the so-called chain and linear villages that are kilometres in length and that confirm to the relief, have developed during a long period of time. The buildings and croplands of the villages were either on top or on the slopes of the drumlins, pasturelands and meadows were on the lower parts of the drumlins. Representation from all ages can be seen in the buildings of Vooremaa from the end of the 19th century until today.

The road network and settlement pattern in Vooremaa is clearly established, but land use has changed with time – the proportion of cattle breeding has decreased considerably, the proportion of forest land has increased in the expense of former meadows. The current largest settlements are the villages of Äksi, Luua and Elistvere. 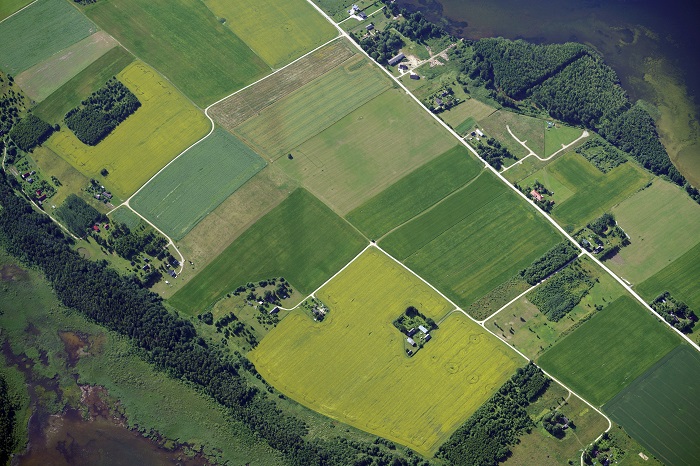 As it is characteristic to Vooremaa, the farm houses are located on the slopes of the drumlin. Photo: Maanteeamet

In the protected area, there are historical manors with their valuable parks – Pikkjärve, Luua, Kaiavere, Elistvere, Saadjärve and Kukulinna. Old manor locations can be recognised in many places by the grand avenues and mighty tree groups, a few initial plannings of the buildings have survived. Most of the buildings of Pikkjärve and Kaiavere manor have been destroyed. Only a few Elistvere manor buildings have also survived. In Elistvere manor park an animal park introducing the mammals of our forests has operated since 1997.

During the years 1921–1924, Kukulinna manor was the summer home of Art School Pallas, many artists and writers spent time there. Later, there was a pioneer camp in the manor, but currently the complex is not in use. The manor house of Saadjärve from the Classicist era is in good condition and is privately owned.

The Luua manor complex is considered one of the best preserved Baroque-style ensembles. A forestry-related vocational institution in Luua has been operating since 1948, currently named as Luua Forestry School. The school buildings are located around the centre of the manor, in the main building are the museum rooms. In the manor complex, the Swiss-style wooden lace knight manor from the end of the 19th century is very special. In 1950, as a follow-up to the species-rich Luua manor park, Alfred Ilves established a tree nursery and arboretum with a biodiversity of up to 700 species. 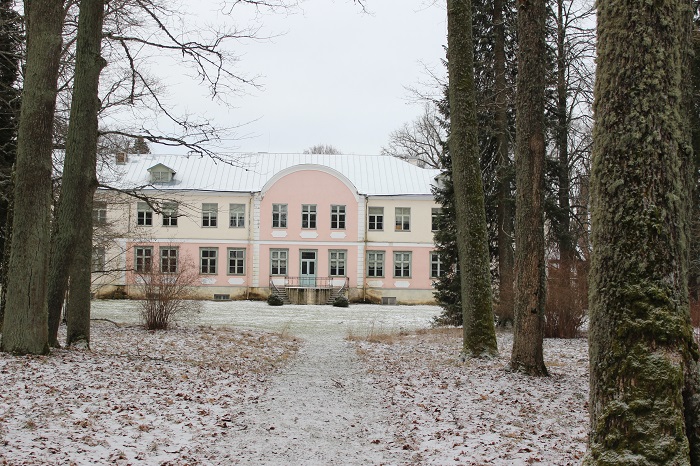