On 29 May 2021, Lahemaa National Park will begin its jubilee celebrations in Palmse. The celebrations take place in different Lahemaa villages throughout the weekend and is accompanied by scientific conferences on the topic of Lahemaa on 31 May and 1 June.
Minister of the Environment Tõnis Mölder said that Lahemaa, as the first and oldest National Park, contributed enormously towards the rise of an Estonian national consciousness under the occupation of the Soviet Union. “The beautiful and historic Lahemaa has become a part of us and continues to be important today,” said the Minister of the Environment.

Riho Kuppart, Director General of the Environmental Board, insisted that these values connected with the Lahemaa National Park have remained strong thanks to the assistance of the local community. “On behalf of the Environmental Board, I wish to thank everyone who participates in the activities of the national park’s cooperation council. Celebrating Lahemaa’s 50th birthday through events that take place all throughout the jubilee year shows us, once again, that the locals, heritage protectors and nature conservationists all care for Lahemaa deeply,” said Riho Kuppart.

Over 30 jubilee events will take place on Lahemaa’s 50th birthday year, with the official opening celebrations beginning this weekend in one of the symbolic places of Lahemaa National Park - Palmse Manor.

This was followed by a concert in Palmse courtyard performed by Kadri Voorand and Mihkel Mälgand, after which a party can commence, alongside several exciting events in various Lahemaa villages. “We recommend that everyone find themselves either an educational or exciting event from the jubilee programme, or explore somewhere new in Lahemaa. Lahemaa is densely packed with beautiful places to sightsee, hopefully everyone can find a place to enjoy nature or culture,” said lead specialist of the Environmental Board Natural Resource Management Department, Maret Vildak, who also acts as an organiser for the jubilee events.

International jubilee conferences taking place on 31 May and 1 June will allow audiences to learn about both international and Lahemaa-specific conservation issues from leaders, experts and head scientists from international and European nature conservation organisations. “The speakers will focus on topics that impact the future of our world, such as the loss and conservation of biodiversity, ecosystems and their assessment, climate change and adapting to it, community-centred heritage protection and cultural biodiversity. Those interested are welcome to join in, both on-site in Palmse or through the internet,” explained Maret Vildak.

Terevisioon, a programme on the Estonian Television channel, will go live straight from Palmse on the morning of 1 June and is an excellent source of information for everything Lahemaa. The show will cover the creation of the national park, Lahemaa’s values and how life is currently being organised in the park.

The spread of coronavirus limits the amount of attendees allowed to participate in the event. “We must make sure that the events at Palmse Manor and those in other villages stay under the 250 people capacity. For the benefit of those who cannot attend, we will be recording the opening event. Some events, such as the presentation of the book Precious Lahemaa on Saturday morning, or the jubilee conference Lahemaa National Park 50: Nature and Culture, Past and Future on 31 May and 1 June, will take place in smaller groups and partially online due to the coronavirus restrictions,” commented Maret Vildak. 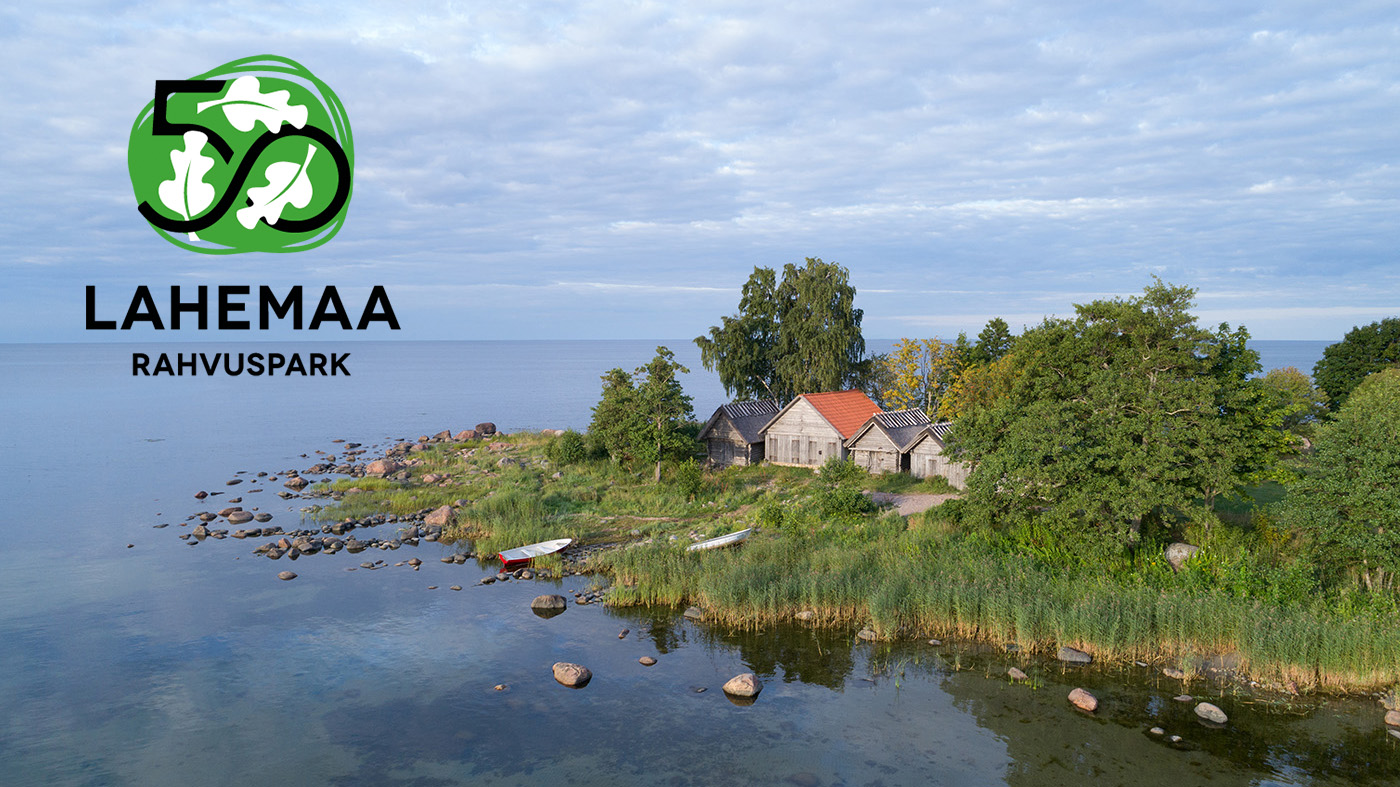